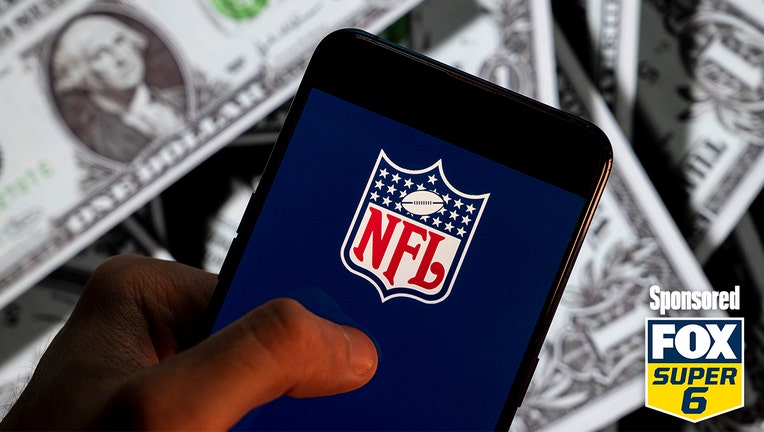 The NFL's full schedule is officially unveiled Wednesday, and you have a chance to win $5,000 absolutely for free playing FOX Super 6.

There are certain rituals we all undertake when the NFL schedule release occurs each year, almost like the first day of school.

Some take out the old pen and start circling wins and losses for their favorite teams. Others focus on tough stretches and primetime games of interests. And the die-hards go online to start booking hotels and airfares to see their favorite teams in those "beauty" locations like Miami, Los Angeles, New Orleans and – now – Las Vegas.

Well, it's that time of year once again.

The 2021 NFL schedule release will take place Wednesday night at 8 p.m. PT, live on NFL Network and FS1 (followed by a very special edition of "Talk The Line," our live sports betting show, at 9 p.m. ET on all FOX Sports digital platforms).

Of course, this year includes a new wrinkle: an extra week of the regular season for the first 17-game season in league history. That means another week of games to keep an eye on, much to the joy of NFL fans across the country.

FOX Super 6 is joining in on the party and adding to the excitement by giving away $5,000 absolutely for free on Wednesday as the schedule is revealed – and you could be the big winner.

All you have to do is answer six questions about this year's schedule, and you could win the grand prize of $5,000. It’s easy and free to play. Just download FOX Super 6 on your mobile device and make your picks!

Here are the six questions and some educated guesses to help you with some of the answers.

Which team will be in the Thanksgiving game on FOX on Nov. 25?

The FOX game will feature either Detroit or Dallas hosting in the afternoon, and there’s one team in this group that is a common 2021 opponent of the Cowboys – that’s the Vikings.

The league also sometimes alternates the two games between FOX and CBS, so it is likely that it will be Detroit’s turn to host Joe and Troy on Thanksgiving this year for the 12:30 p.m. kickoff (Dallas-Washington was the game on FOX last year.)

So lean towards either the Packers, Vikings or Bears as Detroit’s opponent.

Which team will Atlanta "host" in London this season?

It’s the Falcons' turn to go across the pond as the host this year, heading to Tottenham in October. It is believed that the opponent would likely not be a divisional opponent – so that would take the Panthers out of the mix.

The Eagles are not a real sexy choice right now with their rebuild, and they were over in London in 2018 against Jacksonville.

New England hasn’t played in England since 2012, so it is possible that the lure of a Super Bowl LI rematch may be the best way to go.

Which week will the Bucs play at New England?

This looming matchup will be one of the biggest storylines of the season, and it will be interesting to see which networks gets to broadcast Brady versus Belichick, Part I.

If FOX gets it – and please, NFL, please – then that game could come at some point in October. It has become a kind of tradition for a marquee NFL game to be placed in the 4:25 p.m. ET window that also can act as a lead-in for a Major League Baseball playoff game.

If this instead ends up a Sunday Night Football game, don’t be surprised if the matchup gets pushed into November – perhaps with a "homecoming" feel to it.

Who will the Cowboys play on FOX Thursday Night Football?

The Cowboys usually have been placed in a Thursday night window on the road the week after Thanksgiving over the past few years. A Saints-Cowboys game would be a huge draw, and so would Chiefs-Cowboys at Arrowhead. Mahomes versus Dak? Yes, please.

Then again, Eagles-Cowboys usually ends up in a primetime window somewhere, and this might be the best chance. Philly on a December Thursday night could be the play.

In any previous year, Rodgers versus Brees would make Packers-Saints the play. However, Drew is going to be doing a pre-game show in Connecticut that night, and Aaron Rodgers could be hosting Jeopardy! by then.

In seriousness, the Rodgers situation with Green Bay throws any potential Packers game as a marquee contest as uncertain, so it would seem unlikely that would be the play. The Bears and Steelers are big-name teams but not sexy draws right now.

As mentioned above, the Cowboys are TV gold, and Cowboys-Giants feels like it has become an opening week tradition. Dak’s return playing out against a Giants squad looking to step up and take an early lead in the NFC East seems reasonable.

Where will the FOX Christmas Day game be played?

The Eagles don’t appear to be a contender, at least on paper. While a game in Green Bay on Christmas – football’s version of the North Pole – would seem appealing, there's that pesky Rodgers question mark. New Orleans just hosted last year.

So San Francisco and Tampa Bay both would seem likely favorites to host a little holiday pigskin.

Agree? Disagree? Make your picks now! Just download FOX Super 6 and play for free for your chance at $5,000.