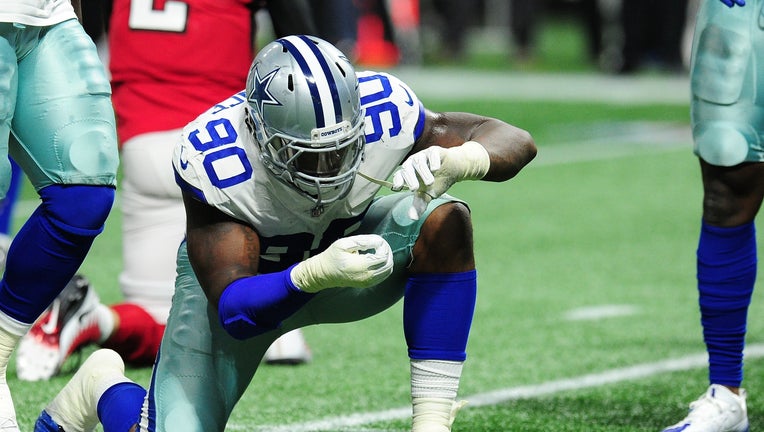 FRISCO, Texas - Multiple reports say Cowboys defensive end DeMarcus Lawrence will be out indefinitely due to a broken foot.

Lawrence suffered the injury during practice on Wednesday.

He was later listed on the practice report as "limited" participation due to a foot injury.

Reports indicate Lawrence will be out for an extended period of time, with a chance of returning by the end of the regular season.

"Will be Back & Ready for War. Believe it," Lawrence tweeted after word leaked about his injury.

Lawrence is in his eighth year and was hoping to have a bounce-back season after off-season back surgery.