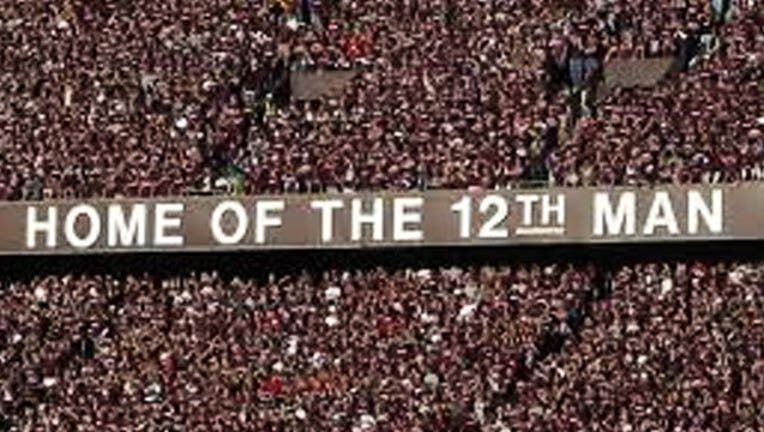 The lawsuit filed in U.S. District Court in Houston is intended to protect the phrase "Home of the 12th Man" and variations of it that the university contends have brought its fan base "national renown."

"We would prefer not to file lawsuits to protect our trademarks," university President Michael K. Young said in a statement. "However, when our intellectual property, especially the 12th Man mark which is so important to our students and former students, is used without our permission after repeated attempts to engage on the matter, we are left with no choice."

System Chancellor John Sharp added in the statement that the university bears no "ill will" toward the Colts in its effort to protect the trademark. Colts spokesman Avis Roper declined comment.

The lawsuit argues the Colts use the phrase "Join the 12th Man" in solicitations, use a 12th Man reference in promoting merchandise and advertise it in other ways.

Texas A&M previously sued the Seattle Seahawks for infringing on the trademark and the two sides reached a settlement in 2006 that allows Seattle to use some versions of the phrase to recognize its own fan base.

The university says the 12th Man phrase was federally trademarked in 1990.