Morris was not suspended after his June 2 arrest, and Beard said there has been no change in his status as the No. 12 Longhorns prepare for Monday night’s season opener against UTEP.

Morris was a top national recruit coming out of Dallas. The guard led Texas with 19 points in an exhibition win over No. 10 Arkansas last week.

"Arterio continues to do what he’s supposed to do on a day-to-day basis here," Beard said. "We’re holding all of our players accountable for what they are supposed to be doing, but in terms of that situation I can’t comment. I’ve been asked not to comment on it. As soon as we know something, we’ll let you guys know."

Beck said her office only recently received the case and the delay from the June 2 arrest is not an indication whether the case will proceed or be recommended for dismissal.

"We maintain his innocence, just as we have from the outset," said Morris’ attorney, Justin Moore. 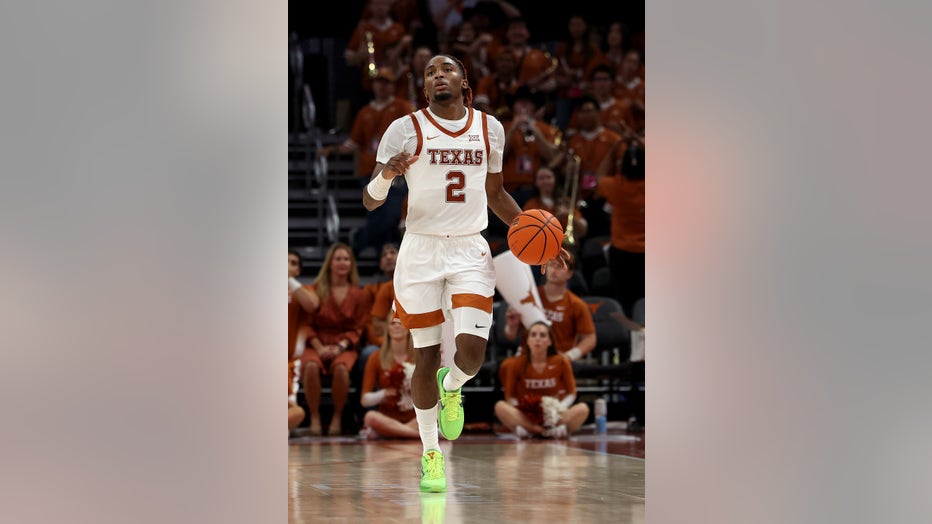 AUSTIN, TEXAS - OCTOBER 29: Arterio Morris #2 of the Texas Longhorns brings the ball upcourt during an exhibition game between the Arkansas Razorbacks and the Texas Longhorns at Moody Center on October 29, 2022 in Austin, Texas. (Photo by Chris Covat

According to Frisco police, Morris was arrested after officers were called to the ex-girlfriend’s house. She told police she and Morris had broken up the day before and that a relative who didn’t know about the breakup let him inside.

The woman told police Morris grabbed her arm and pulled her off a bed, then grabbed the front of her sports bra, which she said caused in a injury on her neck.

Police reported seeing a 3-inch abrasion on the woman’s neck and arrested Morris on a charge of assault causing injury to a family member, which includes dating relationships in Texas. The charge is a Class A misdemeanor that carries up to one year in jail and up to $4,000 in fines if convicted.

Morris was released from the Denton County jail on June 3 after posting a $3,500 bond. He was allowed to remain on the team and Texas officials said then the matter was turned over to the campus Title IX office.

Morris declined to say Thursday if he has met with the school’s Title IX investigators.

"The appropriate people are working on it, pretty much on a daily basis," Beard said. "The University of Texas is making those decisions."

Beard was asked if it’s his decision to determine his roster, or if he’s received instructions from the university administration on Morris.

"I can’t talk about this situation," Beard said. "This in the hands of the people that I work for at the university."

Texas spokesman Brian Davis said, "The university does not comment on student matters."