The drum was custom-built for the UT Austin Longhorn Band and debuted alongside the original Big Bertha, who made her final appearance after 100 years of service, says the university. Both drums took the field during halftime with the Longhorn Band and Longhorn Alumni Band.

The original Big Bertha will be entering the Frank Denius Family University of Texas Athletics Hall of Fame. 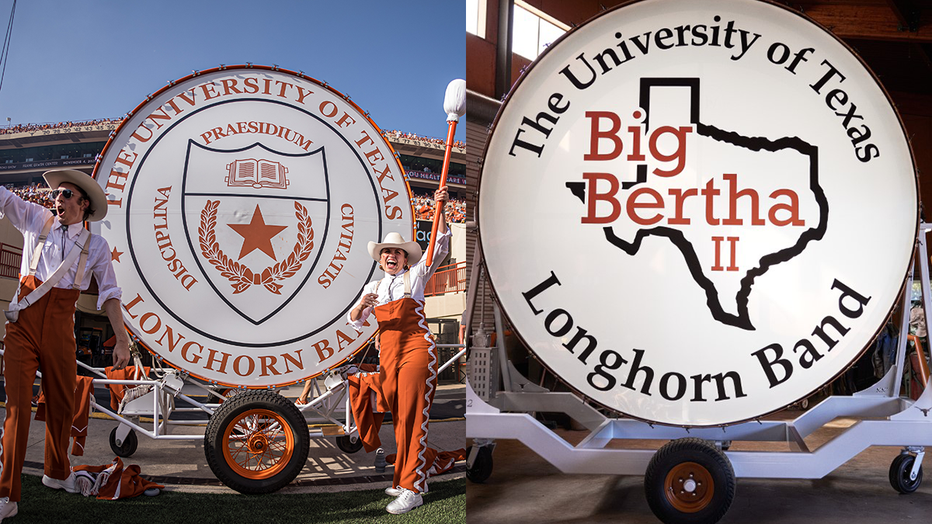 "We’re not saying goodbye to Big Bertha, but we felt like her centennial was the perfect time to honor her by moving her to the Hall of Fame," said Longhorn Band director Cliff Croomes in a release. "We’re excited to introduce Big Bertha II to our fans and to have a new drum that this generation and future generations will be able to enjoy."

Big Bertha has had a storied history with the Longhorn Band and has led it onto the field for football games for over 60 years, says the university. Big Bertha was named after the World War I-era German Big Bertha howitzer because of her sound and volume.

The original drum was commissioned by the University of Chicago in 1922, and then-Longhorn Band director Moton Crockett purchased the drum in 1954, refurbished it and presented it to incoming director Vincent DiNino in 1955. 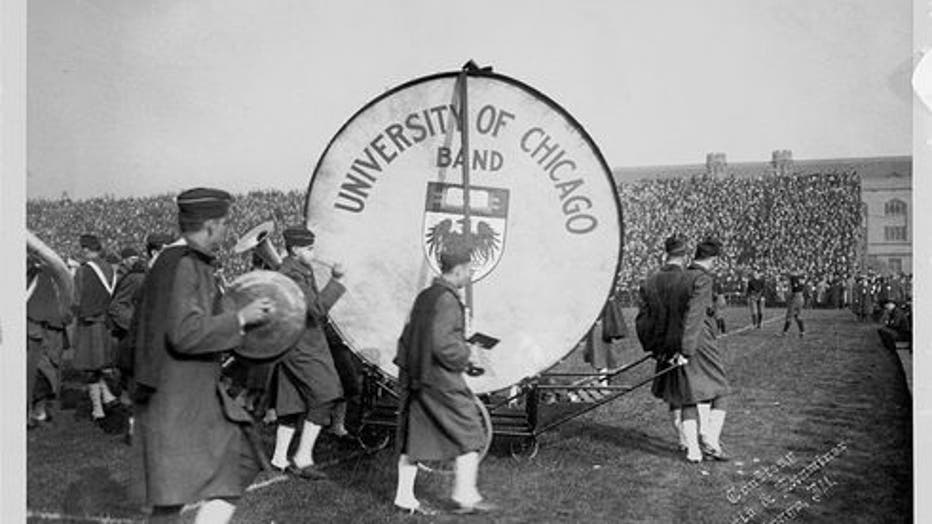 Besides countless appearances at football games, Big Bertha traveled to the Rose Bowl, and in 2015, she was shipped overseas to London as part of the Longhorn Alumni Band appearance in the London New Year’s Day Parade. Big Bertha has also appeared on "Jimmy Kimmel Live!" and was the subject of the A&E show "Shipping Wars."

The drum was manufactured with a proprietary material with aluminum, and it has an internal mic system that wirelessly connects to the stadium sound system, says the university. Big Bertha II will be the largest bass drum in the world and will play the lowest note ever on a bass drum.