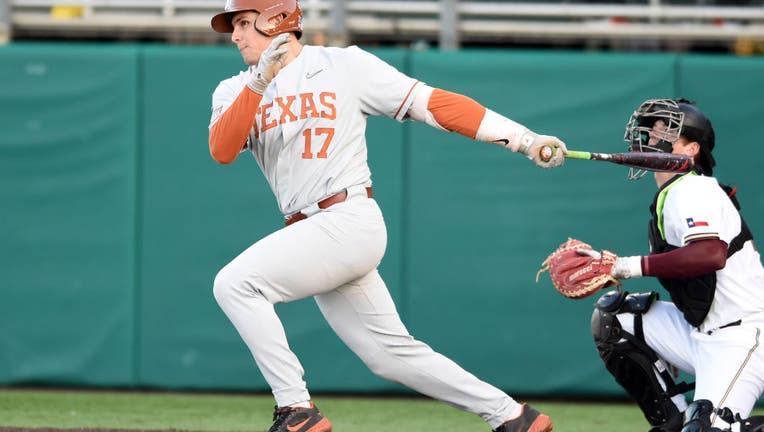 SAN MARCOS, TX - MARCH 08: Texas Longhorns infielder Ivan Melendez (17) gets a hit during game between the Texas Longhorns and the Texas State Bobcats on March 8, 2022 at Bobcat Ballpark in San Marcos, TX. (Photo by John Rivera/Icon Sportswire via Ge

The 22-year-old redshirt junior helped the Longhorns reach the College World Series, where they were eliminated with losses to Notre Dame and Texas A&M. He led Texas with a .387 average and topped the nation with 32 homers and 94 RBIs.

Melendez was voted Big 12 Player of the Year after leading the conference with a .421 batting average 28 homers and 85 RBIs.