Steve Worster, two-time first-team All-American and star running back on Texas’ 1969 and 1970 National Championship teams, passed away Saturday at 73, according to UT Athletics.

Worster is a member of the Texas Athletics Hall of Honor as well as the Texas Sports, Texas High School Football and Cotton Bowl Halls of Fame. Worster was also the linchpin of Darrell Royal's famed Texas wishbone offense, says UT Athletics.

In his three seasons for the Longhorns, Worster rushed for 2,353 yards and 36 touchdowns on 457 carries and averaged better than five yards per carry for his career, says UT Athletics. With 898 rushing yards and a then UT record and SWC-leading 14 TD runs on 160 carries in just 10 games as a senior, Worster finished fourth in the Heisman Trophy voting while earning consensus first-team All-America and Team MVP honors in 1970. 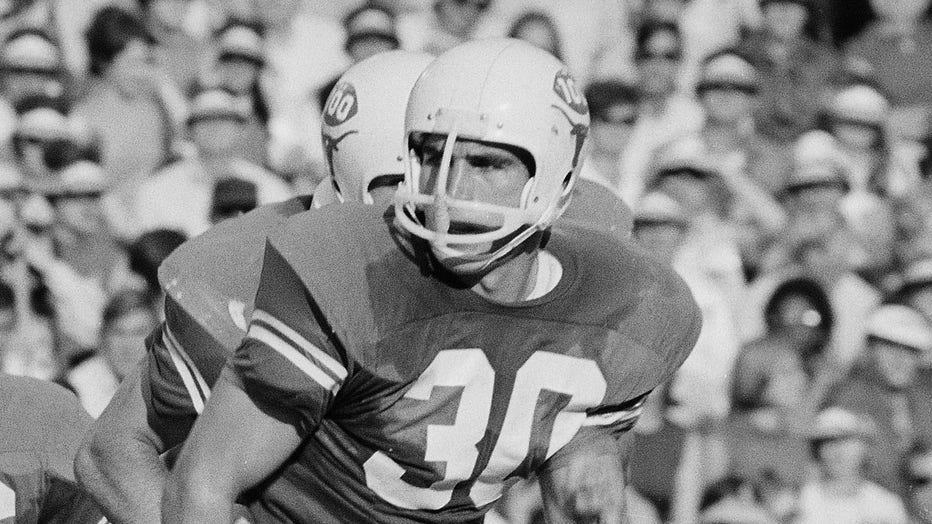 Steve Worster in action during a game vs Oklahoma at Cotton Bowl Stadium in Dallas, Texas in October 1969. (Photo by John Iacono /Sports Illustrated via Getty Images)

He ran for 155 yards on 20 carries in the Horns 21-17 victory over Notre Dame in the 1970 Cotton Bowl, a triumph that put an exclamation point on his junior season, according to UT Athletics. Worster also helped lead the Horns to three consecutive Cotton Bowl appearances and in 1970 received Outstanding Offensive Player honors.