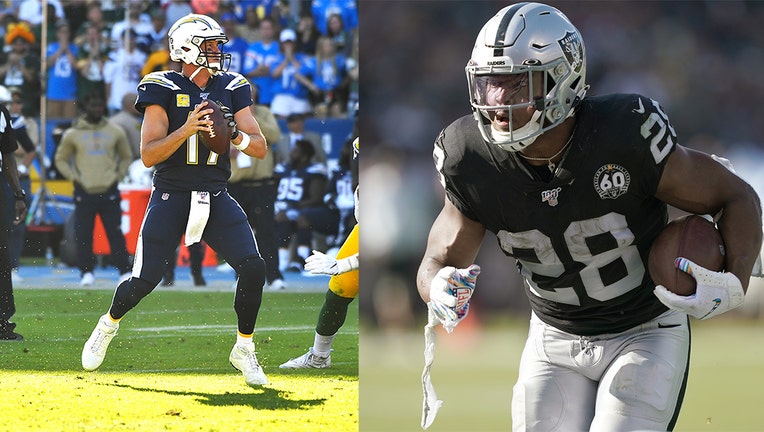 This ultimate AFC showdown kicks off Thursday, Nov. 7 at 8:20 PM ET on FOX, marking the 119th regular-season meeting between the two clubs.

Going out with a bang

There’s typically only one word to describe a Raiders home game: chaotic — in a good way. As Oakland hosts their AFC West rival, the Los Angeles Chargers, the Raiders look to leave a lasting impression on the Bay Area before their eventual move to Las Vegas after this season.

This may be more of a challenge for Oakland, a team that is looking to keep up the pace in an AFC playoff race against The Chargers, who make their way to Oakland-Alameda County Coliseum following crushing victory against Green Bay this past Sunday.

The Packers may be the number-one ranked team in the NFC North, but Los Angeles should still proceed with caution against Oakland’s rookie tailback Josh Jacobs, who flaunted two touchdowns in Sunday’s 31-24 win against Detroit, making both teams fresh off of their Sunday victories.

If you’re not first, you’re last

The Chargers might have an extra back-to-back win on their side after defeating Chicago 17-16 in Week 8, but Thursday’s game could be a real toss up.

This ultimate AFC showdown kicks off Thursday, Nov. 7 at 8:20 PM ET on FOX, marking the 119th regular-season meeting between the two clubs.