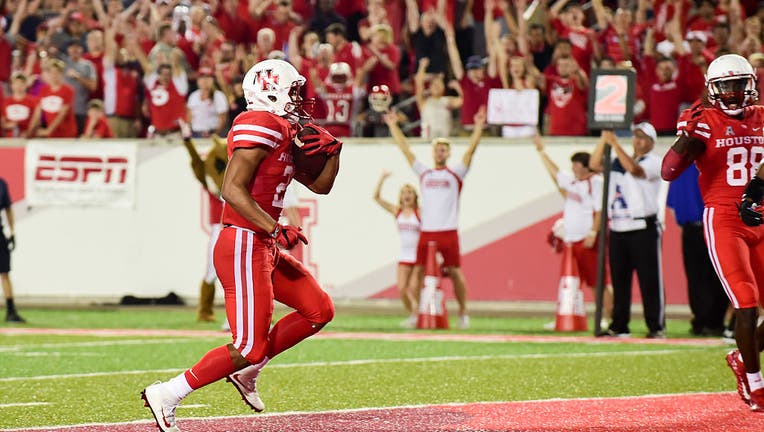 HOUSTON - The Coogs will soon be playing in the Big 12!

The four schools, which had been vetted in 2016 for a possible expansion, were approved unanimously by the eight continuing members of the Big 12 Conference.

The moves come six weeks after the SEC invited Texas and Oklahoma to join its league in time for the 2025-26 season, though there remains the possibility that could happen sooner.

"Joining the Big 12 Conference is a historic step in our institutional journey and signifies the tremendous growth and success attained academically and athletically over the last decade," UH President Renu Khator said in a statement. "Our expectations for our University remain high, our aspirations continue to be bold, and we embrace this new opportunity to compete at the highest levels in all we do."

"As a Cougar myself, it is a privilege and honor to represent the many who have played a role in getting all of us to this special day," Vice President for Athletics Chris Pezman said. "On behalf of the University of Houston, I want to thank Commissioner Bob Bowlsby and the membership of the Big 12 for their belief in us and the value we can add to the Conference."