The Horns moved up two spots in the latest Associated Press and Coaches Polls to No. 2 in the nation. UT is right behind Houston.

The Horns moved up two spots in the latest Associated Press and Coaches Polls to No. 2 in the nation. UT is right behind Houston. 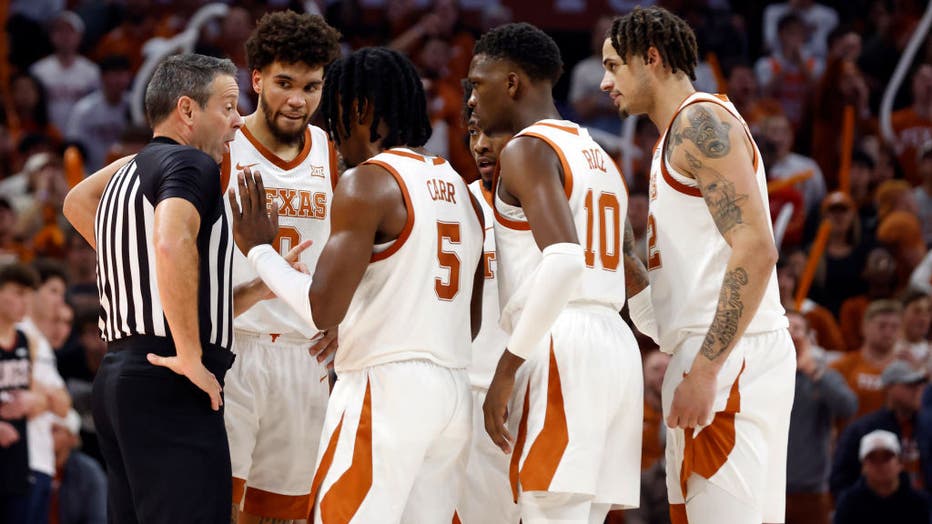 AUSTIN, TX - NOVEMBER 16: Texas Longhorns talk with a referee during the game against the Gonzaga Bulldogs at the Moody Center in Austin, TX on November 16, 2022. (Photo by Adam Davis/Icon Sportswire via Getty Images

Head Coach Chris Beard's talented bunch, who improved to 5-0 this past Saturday after blowing out UT Rio Grande Valley by 37, will now get a big step-up in competition.

"This is a great opportunity, you know, week for us. We understand who we're about to play. A couple of the best teams in college basketball. It's a great opportunity for us to kind of see where we're at this early season. And keep improving. We basically got two Big 12 games coming up. That's the way I best describe it to our team," said Coach Beard.

No. 7 Creighton is coming to Austin on Thursday with tip-off at 6 p.m.