Here's what the fall foliage looked like in New York, Massachusetts, Vermont, and Kentucky.

As we head deeper into the fall season, temperatures won’t be the only thing changing across the country.

The transition also marks the start of fall foliage, which makes for some spectacular photos of those vibrant red, yellow and orange leaves.

However, peak fall foliage season is highly contingent on your location, and in some areas that can start as early as September and peak in either October or November.

That good information to remember if any leaf peepers out there are wondering how to plan a fall foliage trip.

What is fall foliage?

While the color of leaves depends on the chlorophyll, weather conditions during the summer or early fall can play a big role in how magnificent the sights are.

Chlorophyll is a pigment that helps give leave their color. It helps the trees create their own food thorough photosynthesis, which converts sunlight into chemical energy.

The lack of chlorophyll can help reveal the sought-after yellow, orange and red colors, which are usually bountiful during rainier periods.

Large deviations from average precipitation, either on the dry or wet sides, can greatly affect fall foliage season across the country. 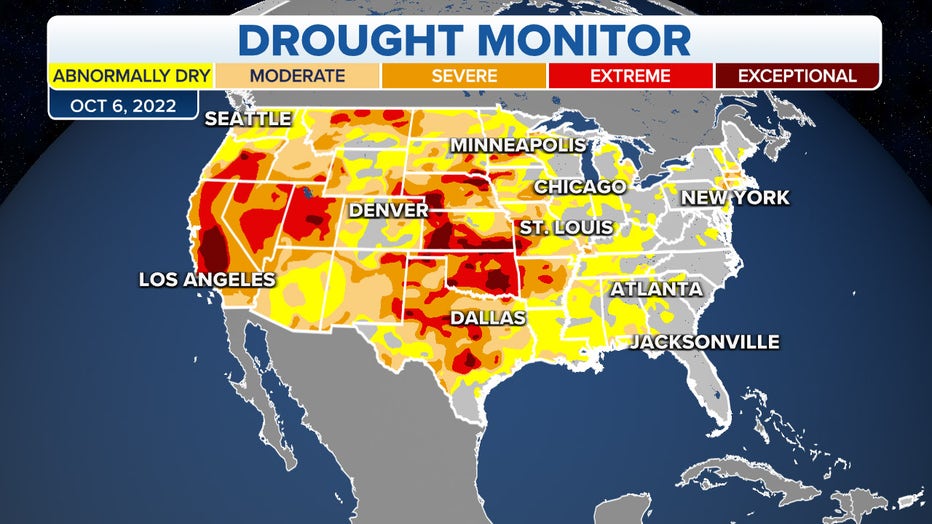 "The drought is a big factor this year. Where the drought is worse, the peak is going to be really quick, really fast, and the leaves are going to come down," Yankee Magazine fall foliage expert Jim Salge told FOX Weather. "There are areas up along the Canadian border, all across the northern tier of the country, from Minnesota to Michigan to the Adirondacks, where the drought is a lot less severe. And we expect the colors to be bright and early, especially if we get some cold snaps coming down in September."

Experts say during a drier season, leaves tend to turn colors earlier and will end the process quicker than in years with more precipitation.

Fall foliage: Where to go and when to see the best colors

Most of the United States will be in peak fall foliage season during October. In the lower 48, communities along the Canadian border are the first to reach that status.

While peak fall foliage season dates vary by year, it usually occurs within a few weeks of past fall foliage peaks.

As stated above, typically fall foliage peaks along the northern tier of the country, as well as northern New York, Vermont, New Hampshire and Maine, in early October. 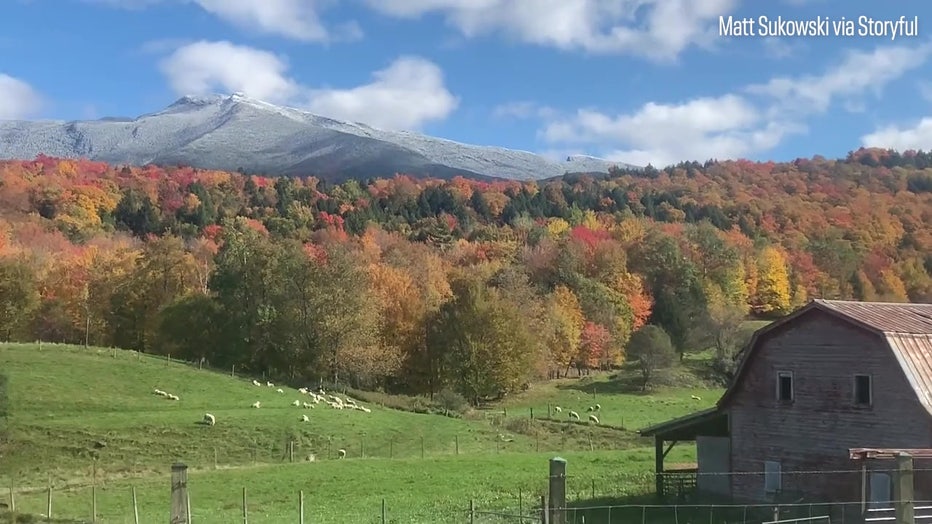 In the Midwest, Northeast and the rest of New England, fall foliage season usually peaks in mid-to-late October.

Mid-November is considered to be one of the latest dates to see significant changes to the colors of the leaves. In the map above, areas outside of the colored zones do not usually have a significant amount of trees that lead to that brilliant red, orange and yellow color.

Here is a look at when you can see peak fall colors across the country. 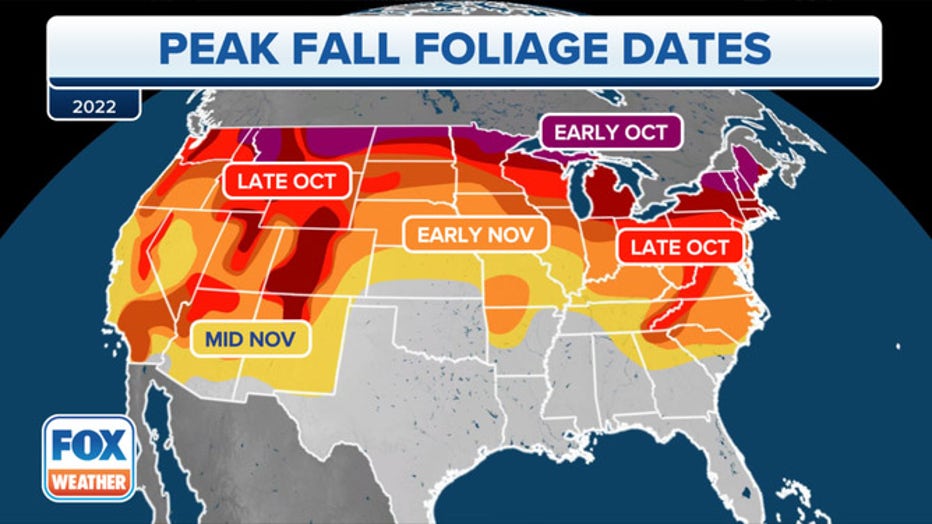 Don't give up on the fall foliage season just yet…

More than two-thirds of the country is experiencing drought conditions, which could lead many to believe that the fall foliage won't be as impressive as in previous years, but Salge warns it may be too early to decide the season's fate.

"The best thing for fall foliage is timely rainfall, cool nights, warm, sunny days. Those are the types of things that really kick-start the foliage," Salge said.

But as FOX Weather multimedia journalist Katie Byrne reports, some leaves on trees in the Philadelphia area and other parts of the Northeast are already turning shades of brown, red and yellow.

She said people in the Philadelphia area started noticing leaves changing colors back in July.

Byrne traveled to the Morris Arboretum, where some trees are more than a hundred years old, to learn more about how drought could affect when leaves begin to change their colors. 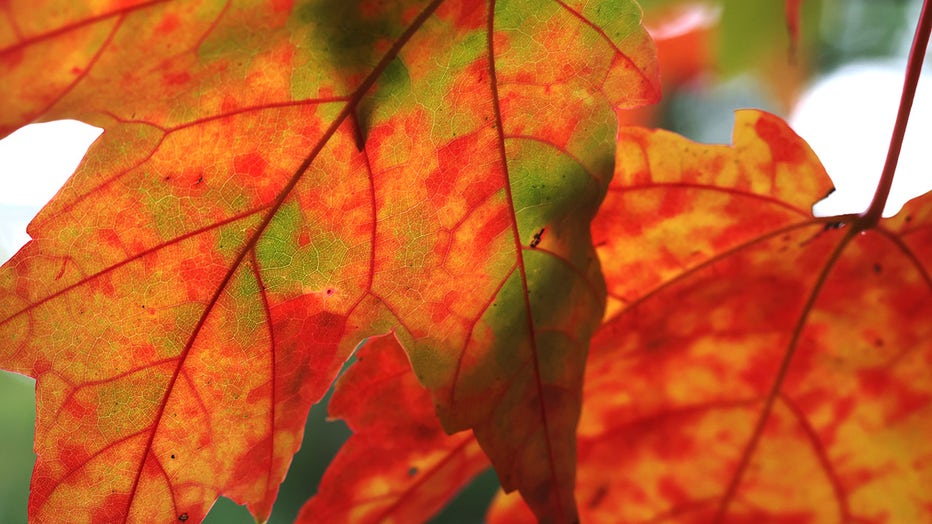 Experts say it's the older trees and younger trees that are most affected by the conditions.

"Trees are reacting to this drought by protecting themselves," said Jason Lubar, associate director for urban forestry at the Morris Arboretum. "They do that by letting go of their leaves when it's very hot and very dry. The leaves actually stop working."

Lubar said when temperatures reach into the mid to upper 90s, leaves begin to shut down.

"And if they shut down for long periods, the trees realize that it's under stress," he said. "So, it sends out hormones that cause the trees to drop."

Make sure your trees get plenty of water

Peter Fixler, the chief arborist at the Morris Arboretum, suggests that during times of drought, it may be better to water your trees, not your lawn.

"Maybe save watering the lawn to save watering your trees," he said. "Lawns go into dormancy. Trees will not. They'll just kind of desiccate. They may go on a downward spiral if you don't keep on them enough. That could be a lot more expensive than replacing a lawn."

The changing of the leaves means big money for towns and communities that are fortunate to see the bright colors, an expert with Appalachian State University estimated the annual event results in around a $30 billion economic impact in the classic sightseeing areas. 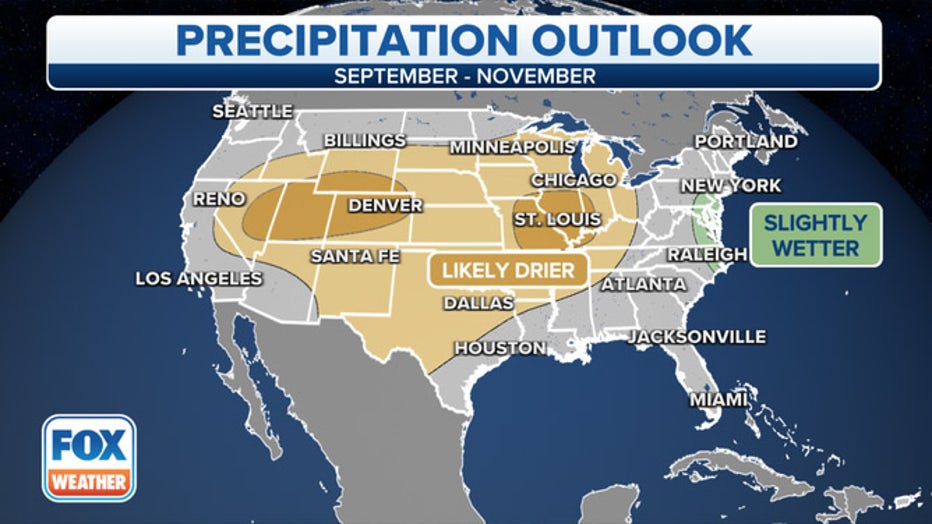 FALL PREDICTED TO BE WARMER, DRIER THAN AVERAGE ACROSS MAJORITY OF US

While it may be too soon to tell when the leaves will peak this year, a recently released climate outlook may not be the dream that fall enthusiasts hoped to hear for seeing the brightest colors.

The National Oceanic and Atmospheric Administration's Climate Prediction Center believes much of the country could see a drier and warmer start to fall than normal.

Due to these expected conditions, experts say it is unlikely that the entire country will see classic fall foliage season, meaning sightseers will have to take into account the year's weather conditions to find the best viewing opportunities.