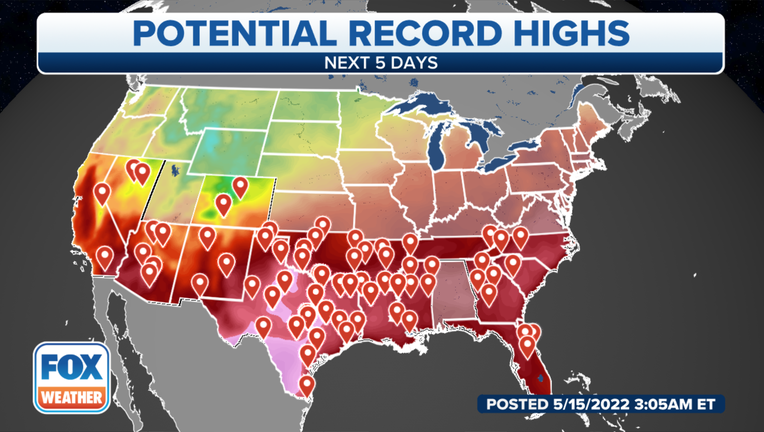 AUSTIN, Texas - Dozens of record-high temperatures are expected to be broken across the South this week as temperatures remain in the 90s and 100s.

Many areas across the South have had daytime high temperatures in the 90s for more than a week, and it looks as though that trend will continue at least for another week.

Records could be broken from California and Nevada across the Southwest, Southern Plains, along the Gulf Coast and into the Southeast. 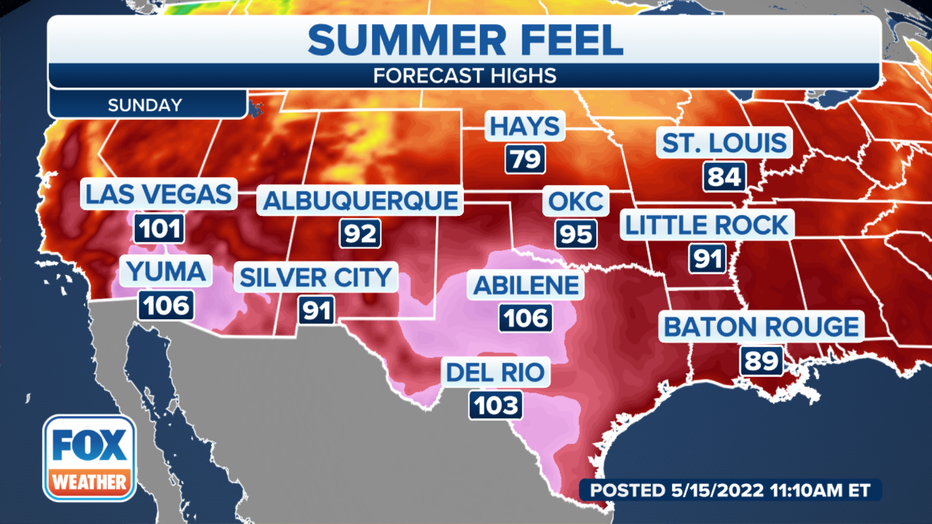 Temperatures will generally be in the 90s in places like Albuquerque and Silver City in New Mexico, as well as in Oklahoma City, Little Rock, Arkansas and Baton Rouge, Louisiana.

However, several areas on Sunday will see temperatures higher than 100 degrees, like Las Vegas and Yuma, Arizona.

Abilene and Del Rio, Texas, will see temperatures in the low to mid-100s.

But when you factor in the heat index on Sunday, places with temperatures in the 90s and 100s will feel even warmer.

And as we continue into the first half of the week, it will get a bit worse. 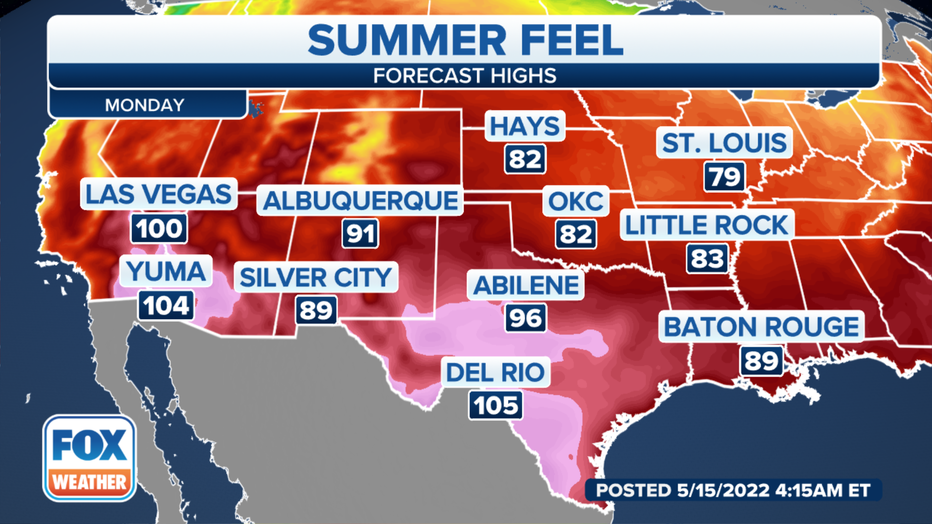 Areas that saw temperatures between 100-105 degrees on Sunday will still be feeling the heat on Monday.

Las Vegas, Yuma, and Del Rio will again see temperatures at or above 100 degrees.

Abilene, which has been broiling for more than a week, will see slightly cooler temperatures on Monday with a forecast high of around 96 degrees - but still very hot.

And while the heat index will make it feel even hotter in some places, it won't be as extreme as on Sunday.

Yuma and Del Rio will again see those numbers in the low-100s. 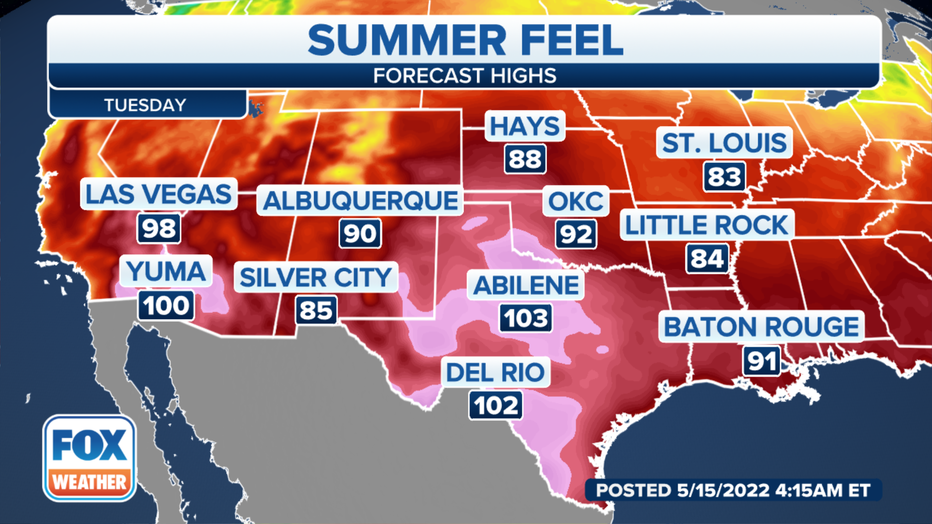 More areas will also see temperatures in the 90s from New Mexico, across the Texas and Oklahoma panhandles, as well as the lower Mississippi Valley and along the Gulf Coast.

The heat index comes into play again across the Lone Star State, where Abilene and Del Rio will feel like it's hotter than 100 degrees.