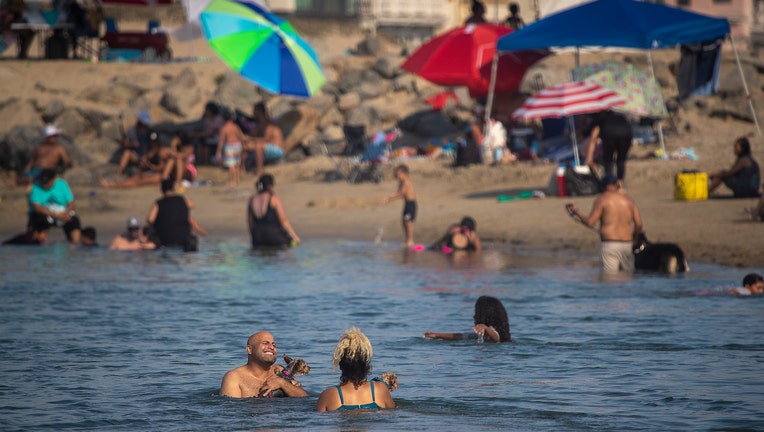 WASHINGTON - A new study revealed that summer could stick around for six months in the Northern hemisphere by 2100 if efforts to mitigate global warming don’t continue.

The Advancing Earth and Space Science released its report earlier this month, saying the shift will impact agriculture, human health and the environment according to the study’s authors.

Researchers pointed out that in the 1950s, the four seasons came and went as predicted. However, climate change has now shifted the start and end dates for the seasons and could possibly worsen over time.

RELATED: First day of spring 2021: A hope for warmth and health fills the country

"Summers are getting longer and hotter while winters shorter and warmer due to global warming," Yuping Guan, a physical oceanographer at the State Key Laboratory of Tropical Oceanography, said. "More often, I read some unseasonable weather reports, for example, false spring, or May snow, and the like."

The Fagradals Mountain volcano had been dormant for 6,000 years, and the Reykjanes Peninsula hadn't seen an eruption of any volcano in 781 years. Credit: Icelandic Coast Guard via Storyful

Scientists gathered climate data from 1952 to 2011 to measure the four seasons’ length in the Northern hemisphere.

Scientists believe if the trend continues, winter will last less than two months by 2100. Spring and autumn will shrink as well.

"Numerous studies have already shown that the changing seasons cause significant environmental and health risks," Guan continued. She pointed out how birds are shifting their migration patterns and flowers are blossoming at different times. The dramatic shift could disrupt the relationship between animals and their food sources.

The changes could also bring about more severe weather events.

"A hotter and longer summer will suffer more frequent and intensified high-temperature events – heatwaves and wildfires," Congwen Zhu, a monsoon researcher at the State Key Laboratory of Severe Weather and Institute of Climate System, said.

Similar studies have also been published.

The National Oceanic and Atmospheric Administration released its 2020 Arctic report card, summing up the findings by saying, "The transformation of the Arctic to a warmer, less frozen, and biologically changed region is well underway."

"The Arctic of yesterday is different from today, and the Arctic of today is not predictive of tomorrow," the report also said.

The NOAA said it’s not impossible to stop the global warming trend. Scientists said Earth’s temperature could stabilize if "all human emissions of heat-trapping gases were to stop today." Heat-trapping gases include greenhouse gases such as carbon dioxide, methane and nitrous oxide.