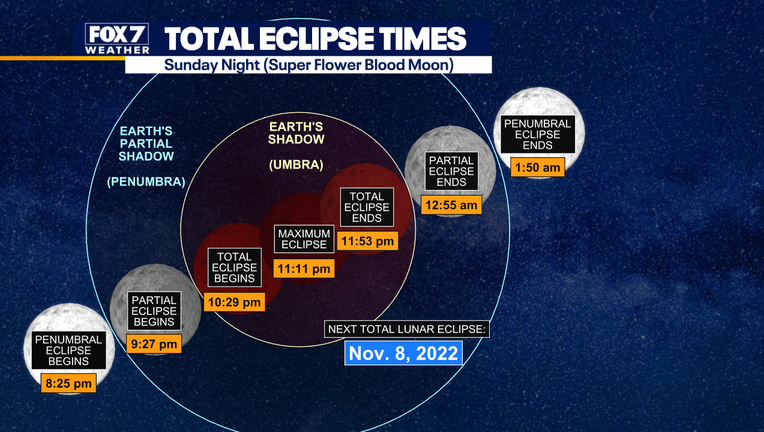 The total eclipse will max out at 11:11pm and finish just before midnight. Zack Shields says we have a good chance to see the show with skies staying mostly clear.

AUSTIN, Texas - You're going to be able to see a total lunar eclipse this weekend in Central Texas. We have a good chance to see the show with skies staying mostly clear, according to Zack Shields.

A total lunar eclipse takes place when the Earth comes between the Sun and the Moon and its shadow covers the Moon. Eclipse watchers can see the Moon turn red when the eclipse reaches totality. According to Space.com, the moon will enter the Earth’s shadow on the night of May 15 and into the early morning hours of May 16.

Most of the U.S. will have a full view of the phenomenon, according to TimeAndDate.com.

It’s the first total lunar eclipse since May 2021, according to NASA. 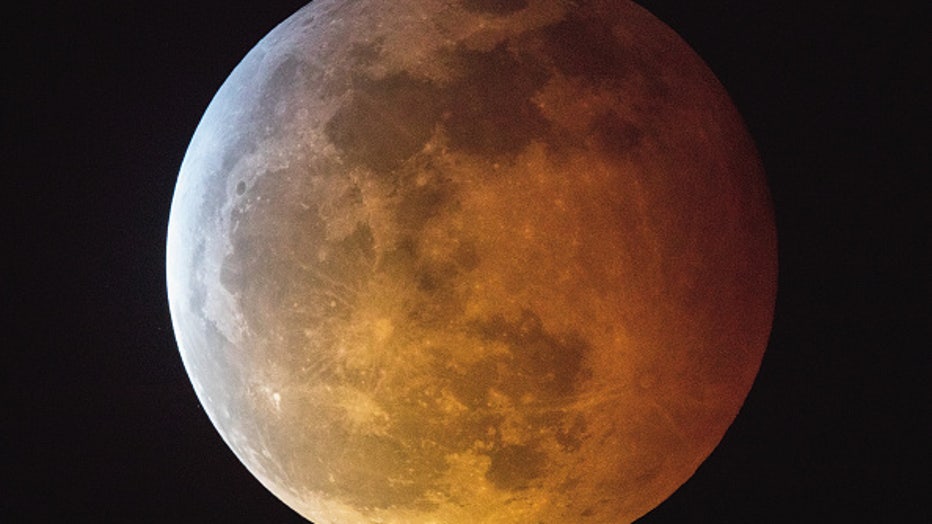 The moon names are listed below for each month of the year: