Meteorologist Dave Osterberg discusses the newly-formed Tropical Depression Five. It is out in the middle of the Atlantic Ocean and is not expected to impact Florida.

TAMPA, Fla. - After no named storms developed in the entire month of August, Tropical Storm Danielle formed on the first day of September.

Before 11 a.m., the National Hurricane Center said Tropical Depression Five became a tropical storm. The system is out in the middle of the Atlantic, but will have no impact on Florida, or all of the U.S.

According to the National Hurricane Center, it is expected to meander in the same area for days.

"This is right in the middle of the Atlantic Ocean. It’s closer to, I think, to the Azores, than to North America. This is not going to play into the forecast for anybody," explained FOX 13’s meteorologist Dave Osterberg.

LINK: Track the tropics on MyFOXHurricane.com

Danielle could become a hurricane by this weekend, forecasters said.

Meanwhile, the season may cross two more names off the list within the next week. There are two other tropical waves that could develop. The next two names are Earl and Fiona. 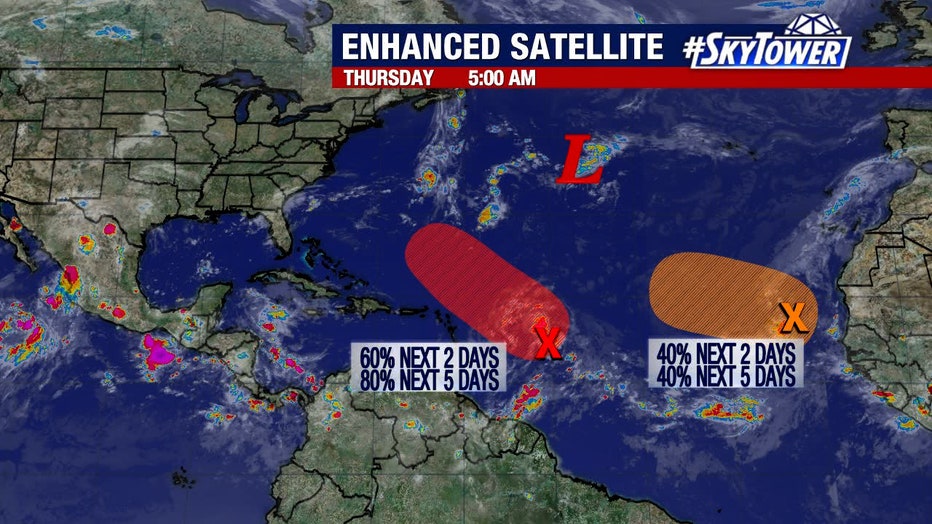