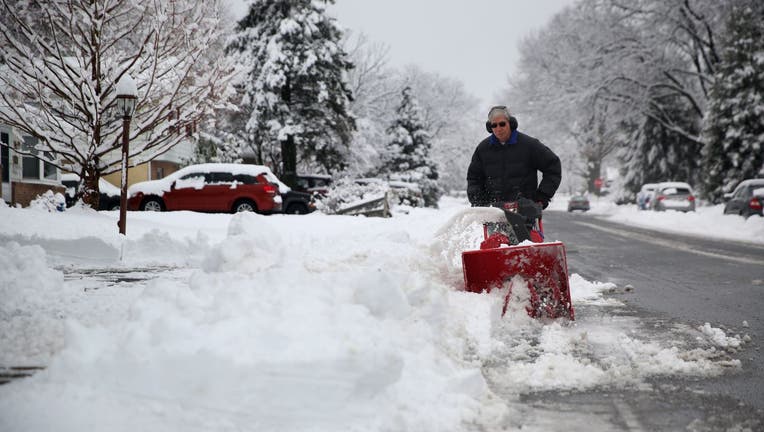 (FOX 9) - Warroad Municipal Utilities is coming in clutch with tips so you don't end up with a wall of chunky, icy snow at the end of your driveway when the snowplow passes – inevitably right after you head inside from shoveling.

In a Facebook post on Tuesday, the City of Warroad's utilities department – which is well-versed in snow removal – shared tips to avoid the "second shovel" with a handy graphic detailing what to do: 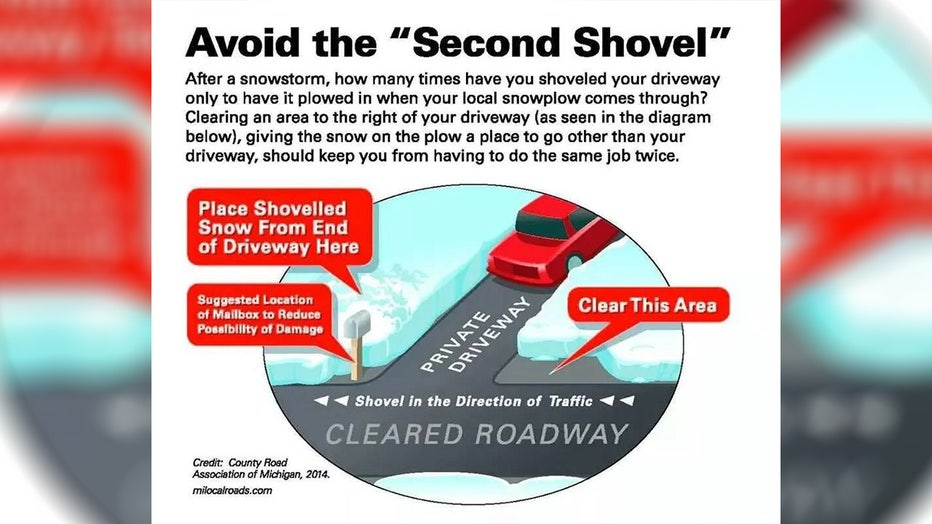 Doing a little extra clearing when you're shoveling could help you avoid having to shovel or snow blow the end of your driveway again after the local plow goes through, the Facebook post explains.

It's as simple as clearing an area that's about 10 feet long and at least a car width wide to the right of your driveway (shovel in the direction of traffic/the direction your local plow goes), Warroad Municipal Utilities explains. This way, when the plow goes down the street, it'll push most of the snow into the area you've already cleared out instead of getting pushed into your driveway.

Warroad Municipal Utilities has additional tips for making clearing snow easier during the winter months. Among them:

Throughout the winter – and any time of year – download the FOX 9 Weather app for your local forecast and the latest weather alerts in your area.