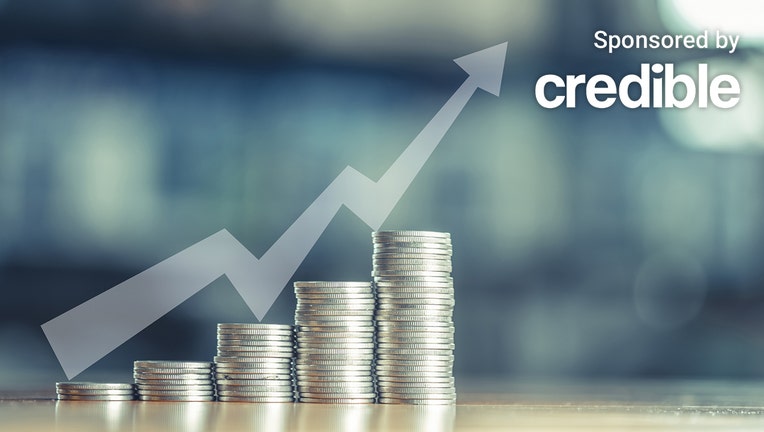 The Federal Reserve on Wednesday announced its first interest rate hike since 2018 in order to combat inflation. (iStock)

The Federal Reserve ended its Federal Open Market Committee (FOMC) meeting Wednesday with the announcement that it is raising rates for the first time since 2018.

The Fed raised the federal funds rate by 25 basis points moving it from 0% to a targeted range of 0.25% to 0.5%. This decision came as no surprise after Fed Chair Jerome Powell said he backed the move earlier this month. The Fed also indicated that it anticipates more rate hikes will soon come.

Federal Reserve bank member James Bullard was the only member to vote against the action, instead voting for a more drastic measure of a 50 basis point rate hike.

The federal funds rate helps determine the direction of other interest rates including those on mortgages, credit cards, personal loans, student loans, car loans and more.

"Indicators of economic activity and employment have continued to strengthen," the FOMC said in its post-meeting statement. "Job gains have been strong in recent months, and the unemployment rate has declined substantially. Inflation remains elevated, reflecting supply and demand imbalances related to the pandemic, higher energy prices, and broader price pressures."

One way that borrowers can take advantage of interest rates now before they increase further is by taking out a personal loan to pay off high-interest debt. You can visit Credible to find your personalized interest rate without affecting your credit score.

INFLATION RISES TO YET ANOTHER NEW 40-YEAR HIGH IN FEBRUARY

Fed rate hikes to continue in 2022

When announcing its decision to raise rates, the Federal Reserve also reiterated its goal to achieve a long-term inflation average of 2%, which is significantly lower than the 7.9% annual inflation rate reported in February. The central bank also said that it "anticipates that ongoing increases in the target range will be appropriate."

"The Federal Reserve raised its short-term rate target for the first time since 2018 at its March meeting," Mike Fratantoni, Mortgage Bankers Association (MBA) chief economist, said. "More importantly, it clearly signaled that additional hikes are coming, with the median FOMC member expecting to raise rates at each of the remaining six meetings in 2022.

"With the unemployment rate below 4%, inflation nearing 8%, and the war in Ukraine likely to put even more upward pressure on prices, this is what the Fed needs to do to bring inflation under control," Fratantoni continued. "The FOMC economic projections indicate slower growth and higher inflation than had been the expectation at their December meeting."

If you want to take advantage of interest rates now before the Fed’s next rate hike, you could consider refinancing your private student loan to save money on your monthly payment. Visit Credible to compare multiple lenders at once and choose the one with the best interest rate for you.

While the Federal Reserve is now adjusting its monetary policy to fight inflation, it predicts that a 2% inflation rate will not be achieved until after 2024. The FOMC attributed this, in part, to the escalating Russia-Ukraine conflict.

"The invasion of Ukraine by Russia is causing tremendous human and economic hardship," the FOMC said in its statement. "The implications for the U.S. economy are highly uncertain, but in the near term the invasion and related events are likely to create additional upward pressure on inflation and weigh on economic activity."

In a recent interview, current Treasury Secretary and former Fed Chair Janet Yellen said the U.S. was "likely to see another year" of "uncomfortably high" inflation numbers. This is due to "a lot of uncertainty" caused by Russia’s invasion of Ukraine, she said.

"We have seen a very meaningful increase in gas prices, and my guess is that next month we’ll see further evidence of an impact on U.S. inflation of Putin’s war on Ukraine," Yellen said.