CARMINE, Texas - Ten pounds of methamphetamine were seized during a traffic stop near Carmine earlier this week, says the Fayette County Sheriff's Office.

On Monday, Feb. 22, an FCSO narcotics K-9 unit stopped a black Ford Escape on U.S. 290 near Deer Haven Road between Ledbetter and Carmine in north Fayette County around 3 p.m. 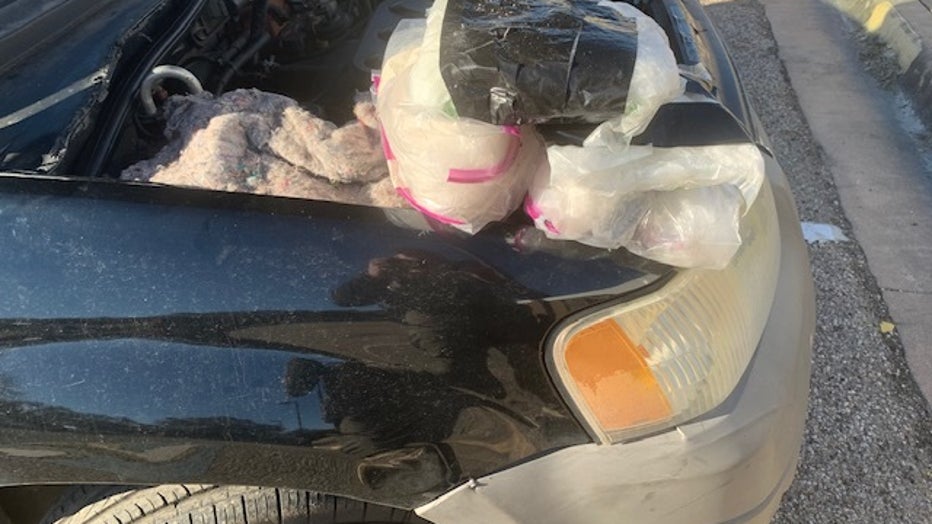 An aftermarket compartment building into the windshield cowling was found and inside were five bags of methamphetamine. (Fayette County Sheriff's Office)

FCSO says that after speaking to the driver and observing many criminal indicators, the officer obtained consent to search the SUV. The officer's K-9 conducted an exterior sweep and alerted to the presence of illegal narcotics.

An aftermarket compartment building into the windshield cowling was found and inside were five bags of methamphetamine. The driver, 41-year-old Josue Ortiz of Austin, was arrested for felony possession and taken to the Dan. R. Beck Justice Center.