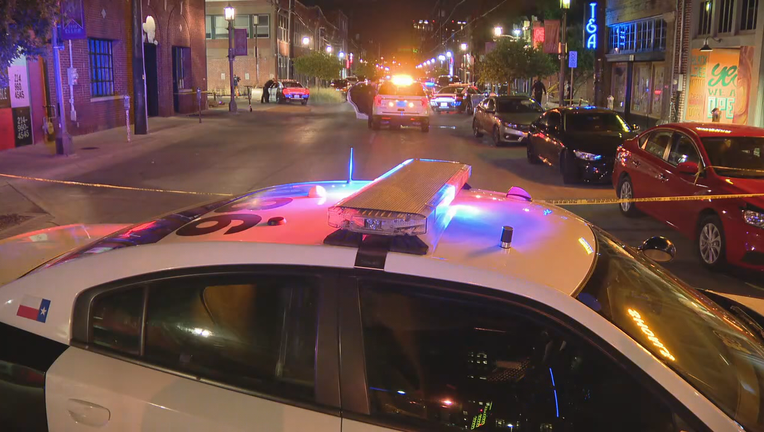 The shooting happened just after 11 p.m., when officers were called to the 2600 block of Elm Street, near Good Latimer.

Responding officers found three males and a woman suffering from gunshot wounds. One of the victims was found to be a 15-year-old. According to police, he is in critical condition.

The other three victims were taken to a hospital with non-life threatening injuries.

Police later found that a fifth victim was driven to a hospital. He also had non-life threatening injuries.

This shooting remains under investigation, and police have not yet determined a suspect or motive.