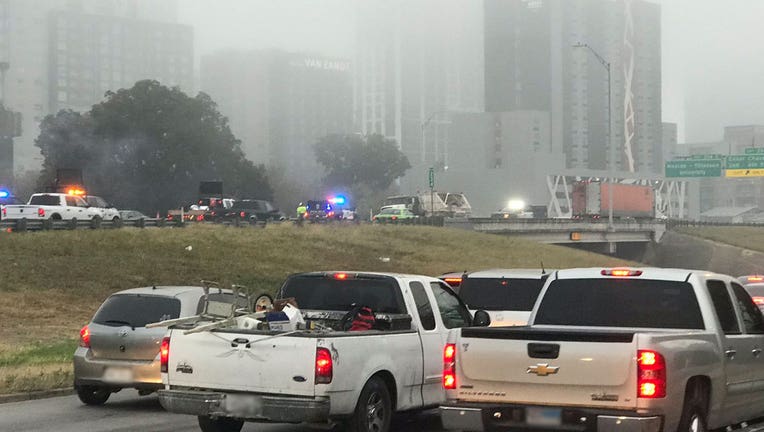 AUSTIN, Texas - The scene of a crash that ended with a jackknifed 18-wheeler has been cleared. The crash caused traffic delays and drivers should still expect some delays in the area.

The crash happened near Riverside Drive on I-35 Northbound approaching Cesar Chavez Street/Exit 234 with stopped traffic back to Slaughter Lane.

Exact details about the crash have not been released at this time.