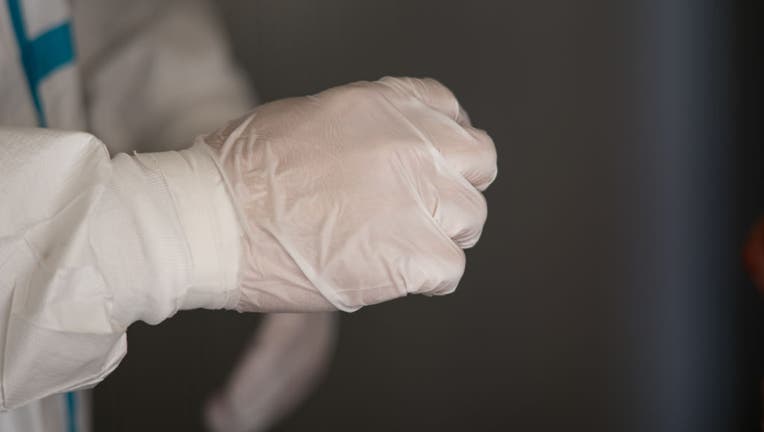 As the boy, Mohamed, runs up to his father with open arms, Naser says “No, no!” and then grows upset that he cannot hug his son. (Photo by Andrea Neri/NurPhoto via Getty Images)

NEW YORK - New York City has recorded its first coronavirus death of a person under 18 years old, according to the city Health Department.

The city's 914 deaths from the pandemic include one person in the 0-17 age group, the department reported Monday. Details including the person's exact age were not disclosed.

More than 1,200 have died of COVID-19 across New York state, and 9,500 people are hospitalized with the disease statewide. More than 2,300 are in intensive care, and more than 66,000 have tested positive for the virus.

New York City Mayor Bill de Blasio said Tuesday that he expects the crisis to stretch at least into May. “For the weeks ahead, let’s not kid ourselves, it gets a lot worse before it gets better,” he said on NBC's “Today.”

> PREGNANCY DURING TIME OF CORONAVIRUS

The coronavirus that has spread across the globe causes only mild symptoms in many of those infected, but it can cause severe symptoms or death for some, including older adults and those with underlying medical conditions such as respiratory ailments. Relatively few deaths among children have been reported.