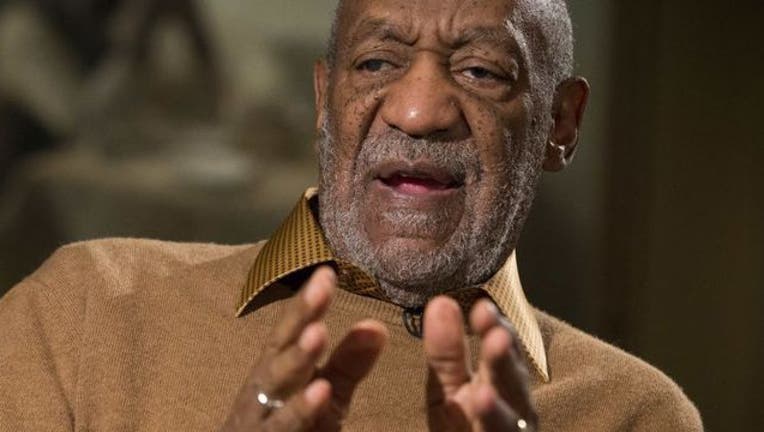 Nov. 6, 2014. Bill Cosby gestures during an interview about the upcoming exhibit, "Conversations: African and African-American Artworks in Dialogue," at the Smithsonian's National Museum of African Art, in Washington. (The Associated Press)

Tufts University in Medford, Massachusetts, says it withdrew an honorary doctorate of arts it conferred on Cosby in 2000, along with an award given in 2011 for excellence in children's media.

Baltimore's Goucher College, meanwhile, says it decided to revoke an honorary degree it gave to Cosby when he was commencement speaker in 2001.

Court documents unsealed in July show the 78-year-old Cosby admitting extramarital relationships with several women, some of whom accuse him of sexual assault.

Cosby has never been charged with a crime.

Thursday's revocations came a day after Pennsylvania's Lehigh University rescinded an honorary degree given in 2005.

Tufts says Cosby has shown "a lack of character and integrity" that does not represent the school's values.