Authorities say two alleged catalytic converter thieves died, and a third suspect was hospitalized with serious injuries after their car crashed during a pursuit with deputies in northwest Harris County.

SPRING, Texas - Authorities say two alleged catalytic converter thieves died, and a third suspect was hospitalized with serious injuries after their car crashed during a pursuit with deputies in northwest Harris County.

Details are limited as the investigation is still active, but it happened a little before 3:45 p.m. when constable deputies with Harris County Pct. 4 tried to stop a car allegedly involved in catalytic converter thefts.

Officials give preliminary details on 2 catalytic converter thieves killed, another hospitalized after chase

Constable deputies with Harris County Precinct 4 shared preliminary details on a chase with suspected catalytic converter thieves that resulted in two dead, another seriously after they lost control of their vehicle and crashed. Officials say they have recovered the stolen catalytic converters.

The driver, officials say, refused to stop and a brief chase ensued.

Somehow during the chase, constable deputies say the driver lost control of the car over on Glenn Loch and Highway 99 in Spring and flipped before crashing into several trees.

We're told two of the occupants inside the car were ejected due to the impact of the crash and were pronounced dead at the scene. Meanwhile, the third suspect was rushed to a hospital in serious condition.

None of the suspects involved have been identified by authorities, as of this writing.

Officials said they were able to recover the stolen catalytic converters and no law enforcement officers were injured during the chase. 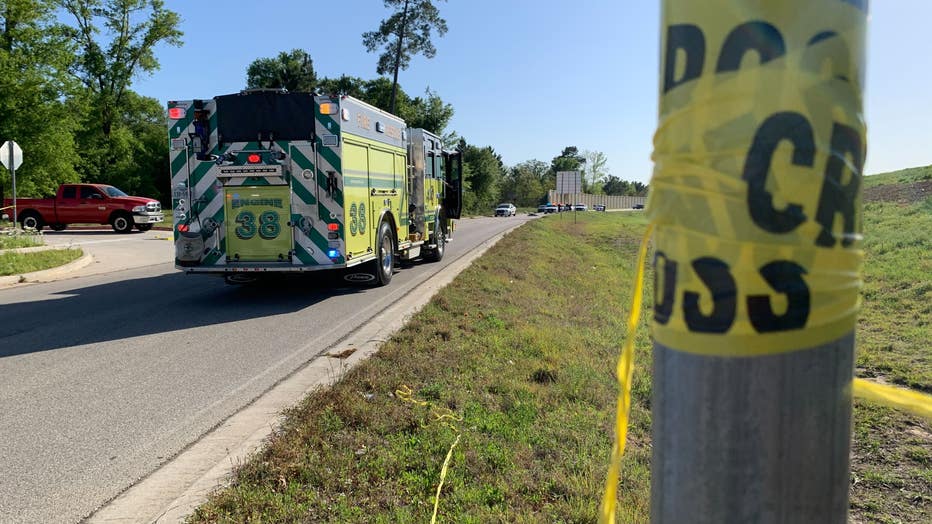 As a result of the crash, the roadway was blocked while authorities conduct their investigation.