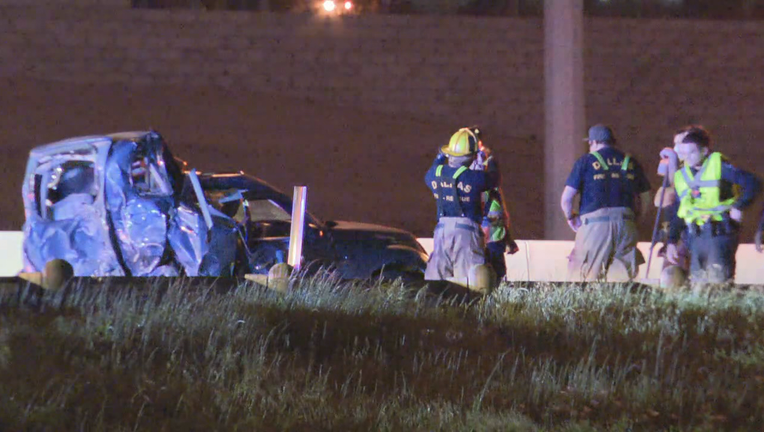 DALLAS - Two women are dead and a 5-year-old girl was seriously injured after a crash late Saturday night that shut down I-30 for several hours.

Investigators said there was a vehicle stalled on the shoulder of westbound I-30, near the Westmoreland exit in West Dallas, just before 11 p.m.

Some family members showed up to help in another vehicle.

After they were done helping, witnesses said the vehicle’s driver started backing up and entered the right lane of the freeway.

The injured child was taken to Children's Hospital in Dallas in serious condition.

The driver of the truck was not injured and no charges are expected to be filed.