Record number of women to serve in the next Congress

As the vote counting continues to determine the next United States president, attention is turning to the role that military and overseas absentee ballots will play in the final result. In razor-close states, it could be a significant one.

The country has a long history of making sure active duty military personnel can vote regardless of where they are stationed. President Abraham Lincoln issued an order during the Civil War allowing troops to return home to cast a ballot if they could not vote absentee. States set up remote voting at military encampments, and some allowed troops to designate a proxy who could vote on their behalf, the Congressional Research Service reports.

Why are military ballots still coming in?

Most military personnel far from home mail an absentee ballot, and those coming from overseas take, on average, about six days, according to a report from Count Every Hero, a nonpartisan group committed to ensuring service member’s right to vote is protected.

The group says 28 states and the District of Columbia accept and count ballots that arrive from overseas after election day. They include Georgia, which accepts them up to three days after the election as long as they are postmarked by Election Day. North Carolina accepts them until Nov. 12; and Nevada and Pennsylvania until Nov. 10.

Could military ballots influence the results in any of the states that have yet to be called?

Possibly. In the 2016 presidential election, Georgia received more than 5,600 ballots from uniformed service members; North Carolina received nearly 11,000; Pennsylvania received nearly 7,800 and Nevada about 2,700, according to the U.S. Elections Assistance Commission. In the razor-thin election in Georgia, the secretary of state's office says as many as 8,900 ballots that have been transmitted to military and overseas voters could still arrive by close of business Friday. 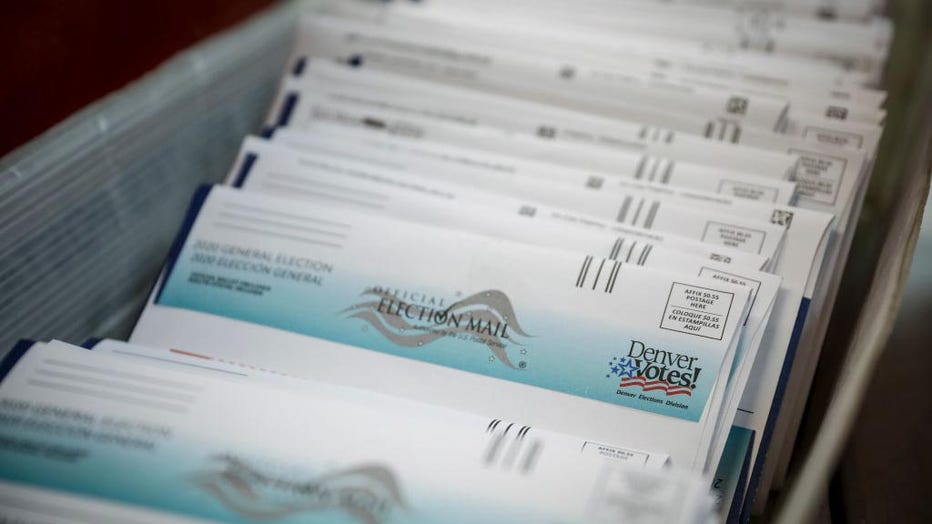 Unopened ballots await the signature verification process before being counted at the Denver Elections Division Building on Nov. 3, 2020 in Denver, Colorado. (Photo by Marc Piscotty/Getty Images

President Donald Trump on Thursday tweeted “Stop The Count!" as results showed him well ahead in various battleground states. Had the states complied, they would have prevented thousands of people serving in the military from having their vote counted.

RELATED: What happens when an election is contested? Here are possible scenarios

AP writer Kate Brumback contributed to this report from Atlanta.