In Florida, Commissioner of Agriculture Nikki Fried is facing off against current Congressman Charlie Crist in the Democrat gubernatorial primary to determine who will take on incumbent Republican Gov. Ron DeSantis in the November general election.

U.S. Rep. Charlie Crist won the Democratic nomination for governor in Florida, setting him up to challenge Gov. Ron DeSantis this fall in a campaign that the Republican incumbent sees as the first step toward a potential White House run.

In selecting Crist on Tuesday, Florida Democrats sided with a candidate backed by many in the party’s establishment who viewed him as the safest choice, even after he lost his previous two statewide elections. The 66-year-old moderate, who served as Florida's Republican governor a decade ago, hopes to appeal to voters in Florida’s teeming suburbs as Democrats seek to reverse a losing pattern in a state that was recently seen as a perennial political battleground. 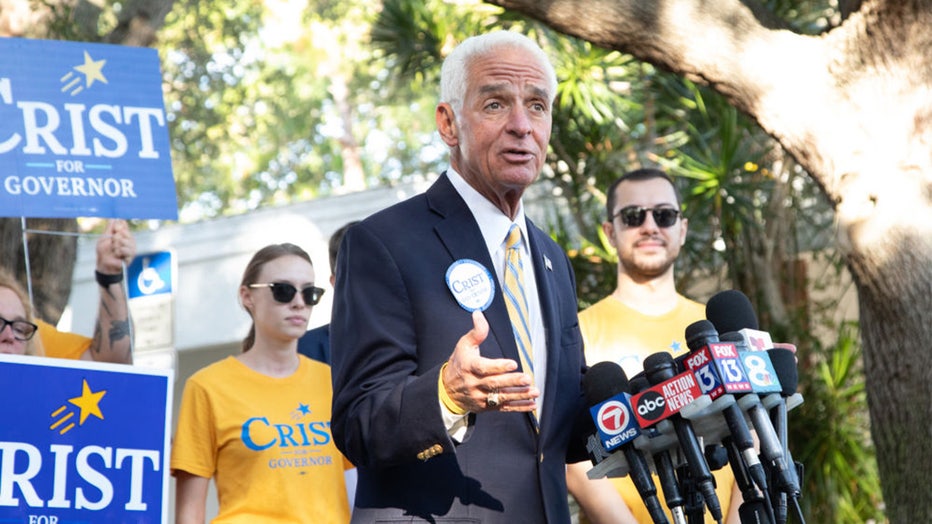 FILE - Charlie Crist, Democratic gubernatorial candidate for Florida, speaks to members of the media before casting a ballot at a polling location in Saint Petersburg, Florida, US, on Tuesday, Aug. 23, 2022. (Tristan Wheelock/Bloomberg via Getty Images)

Above all, the Democratic contest centered on DeSantis, who views his November reelection as a potential springboard into the 2024 presidential contest. Given the stakes, Democrats across Florida and beyond expressed a real sense of urgency to blunt DeSantis' momentum.

Crist decried DeSantis as an "abusive" and "dangerous" "bully" in his victory speech.

"Tonight, the people of Florida clearly sent a message: They want a governor who cares about them and solves real problems, preserves our freedom, not a bully who divides us and takes our freedom away," Crist declared. "This guy wants to be president of the United States of America and everybody knows it. However, when we defeat him on Nov. 8 that show is over. Enough."

Crist won the Democratic nomination over Nikki Fried, the state agriculture commissioner. She staked out a more progressive campaign and was particularly vocal in defending abortion and LGBTQ rights. The 44-year-old cast herself as "something new" and hoped to become Florida’s first female governor. In a sign of the party’s meager standing in Florida, she’s currently the only Democrat holding statewide office.

"We are going to make Ronald DeSantis a one-term governor and a zero-term president of the United States," she said as she conceded Tuesday, calling on her supporters to unite behind Crist. 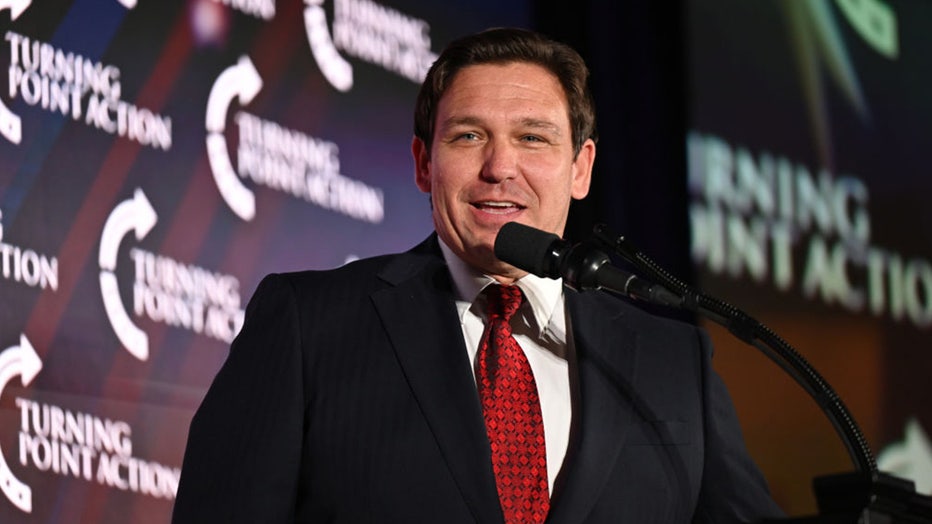 DeSantis won his first election by less than half a percentage point but soon became one of the most prominent figures in GOP politics. His hands-off approach to the coronavirus pandemic and eagerness to lean into divides over race, gender and LGBTQ rights have resonated with many Republican voters who see DeSantis as a natural heir to former President Donald Trump.

From a raucous ballroom in Miami Tuesday night, a fiery DeSantis declined to say Crist's name and instead cast the general election as a contest against President Joe Biden and "woke" ideology.

"We will never ever surrender to the woke agenda," DeSantis charged. "Florida is a state where woke goes to die."

The Florida contest concludes the busiest stretch of primaries this year, which featured contests in 18 states over just 22 days. In that span, Republicans from Arizona to Alaska have supported contenders who embraced Trump’s lies that the 2020 election was stolen, an assertion roundly rejected by elections officials, the former president’s attorney general and judges he appointed.

And for the most part, Democrats avoided brutal primary fights — with some exceptions.

Rep. Jerry Nadler (D-NY) speaks to the media after voting in his upper West Side district on August 23, 2022 in New York City. ( Spencer Platt/Getty Images)

Republicans hoped to flip the swing district, which becomes a new sign that the red wave many operatives expect this fall may be weakening.

New York Democratic Rep. Jerry Nadler has defeated Rep. Carolyn Maloney, D-N.Y., in the primary race to represent New York's newly drawn 12th Congressional District. Nadler and Maloney, both leading Democrats in the House, were forced into a competition to represent the Manhattan district after their respective New York City districts were combined in the state's redistricting process following the 2020 census. Nadler, first elected to Congress in 1992 to represent the state's 17th Congressional District, has served as chairman of the House Judiciary Committee since 2019 and largely represented the city's Upper West Side. Aiming to defeat Maloney in the election, Nadler received endorsements from Senate Majority Leader Chuck Schumer, D-N.Y., and the New York Times.

Indeed, Democrats are entering the final weeks ahead of the midterms with a sense of cautious optimism, hoping the Supreme Court's decision overturning a woman's constitutional right to an abortion will energize the party's base. But Democrats still face tremendous headwinds, including economic uncertainty and the historic reality that most parties lose seats in the first midterm after they've won the White House.

The dynamics are especially challenging for Democrats in Florida, one of the most politically divided states in the U.S. Its last three races for governor were decided by 1 percentage point or less. But the state has steadily become more favorable to Republicans in recent years.

For the first time in modern history, Florida has more registered Republicans — nearly 5.2 million — than Democrats, who have nearly 5 million registered voters. Fried serves as the only Democrat in statewide office. And Republicans have no primary competition for four of those five positions – governor, U.S. Senate, attorney general and chief financial officer — which are all held by GOP incumbents. 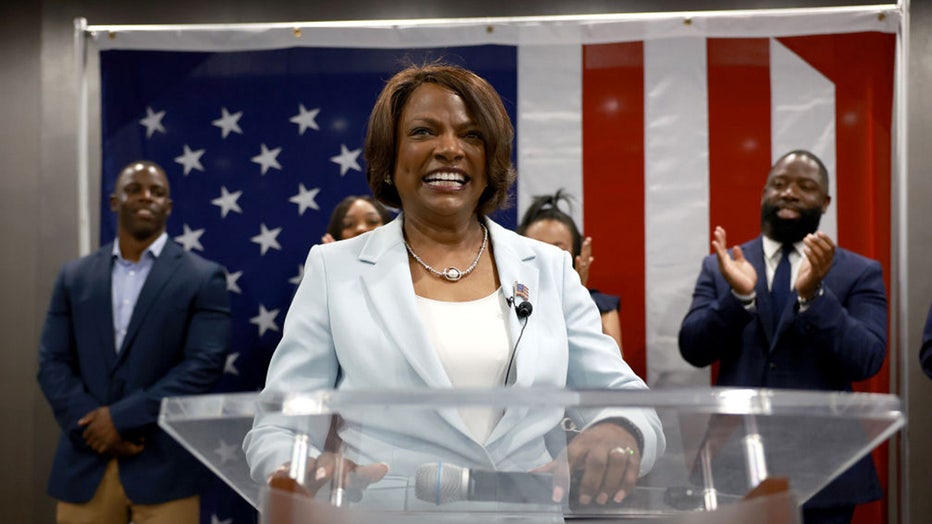 While some Democrats are hopeful that Demings can unseat Rubio, the party's national leadership is prioritizing competitive Senate contests in other states, including neighboring Georgia, Arizona and Pennsylvania.

Demings was optimistic as she reflected on her unlikely life story before a crowd of cheering supporters.

Fried promoted herself as the only true abortion-rights supporter in the race, seizing on Crist’s appointment of two conservative Supreme Court justices while he was governor.

The conservative-leaning court will soon decide whether the Republican-backed state legislature's law to ban abortions after 15 weeks is constitutional. Florida’s new abortion law is in effect, with exceptions if the procedure is necessary to save the pregnant woman’s life, to prevent serious injury or if the fetus has a fatal abnormality. It does not allow exemptions in cases of rape, incest or human trafficking.

"On Day One of my administration, I will sign an executive order protecting a woman’s right to choose," he said.

Elsewhere in Florida, Trump protégé Rep. Matt Gaetz won his Republican primary in his Florida Panhandle district despite being under federal investigation in a sex trafficking case. Gaetz is heavily favored to win a fourth term come November. 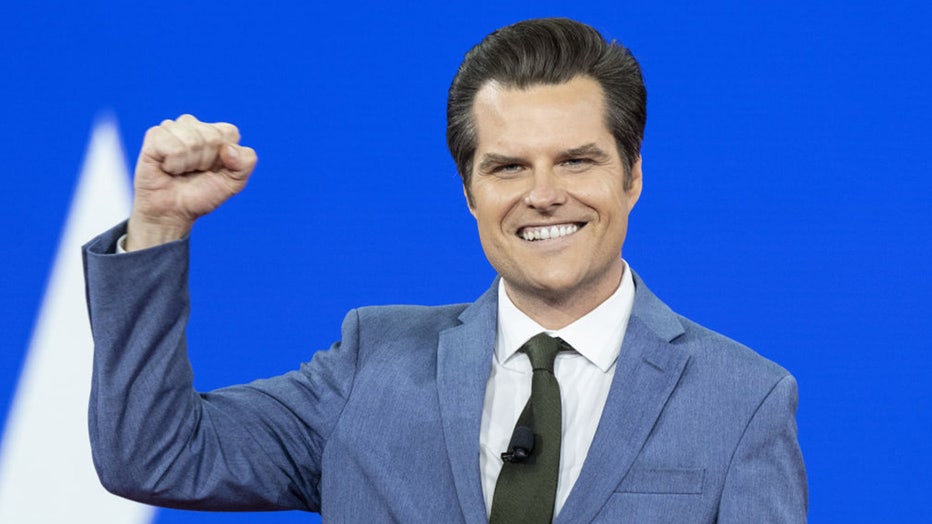 Florida is not expected to be among the most competitive states this fall given its rightward shift, but it may be the most expensive.

Crist raised $14 million so far this election cycle, nearly twice as much as Fried. But he’s going up against a fundraising behemoth. DeSantis’ political operation has already raised more than $165 million since he took office, according to the Center for Responsive Politics. He’s on pace to shatter the record for the most money ever raised by a candidate for governor.

"Don’t let anyone tell you it’s going to be easy. Over the next two and a half months, they’re gonna throw everything they have at us," DeSantis said. He added, "I got elected less than four years ago, but we’re just getting warmed up."