A Pflugerville man accused of stabbing his pregnant sister is behind bars.

PFLUGERVILLE, Texas - Michael Egwuagu, 25, has been arrested for reportedly murdering his sister.

According to the Travis County Sheriff’s Office, Egwuagu stabbed and killed his sister Friday night. Sheriff’s deputies believe she was pregnant. They are waiting on an autopsy to confirm the pregnancy. If she is pregnant, he could face additional charges.

“Efforts were made to save [the woman’s] life and the life of the reported unborn child. But, ultimately, those efforts were unsuccessful and she did pass away,” said Kristen Dark, senior public information officer for the Travis County Sheriff’s Office.

The woman is in her thirties -- authorities have not released her name.

The murder took place in, or outside of a home on Vescovo Lane, in Pflugerville.

Neighbors tell FOX 7 Austin Egwuagu ran from the home -- crossed the street, and stripped naked, placing his clothes in a neighbors trash can. They say he appeared calm but repeatedly demanded his bible.

One man, appeared to guard the home telling Egwuagu to “stay away” while another man called 911.

When police arrived, Egwuagu, dropped to his knees and put his hands up. 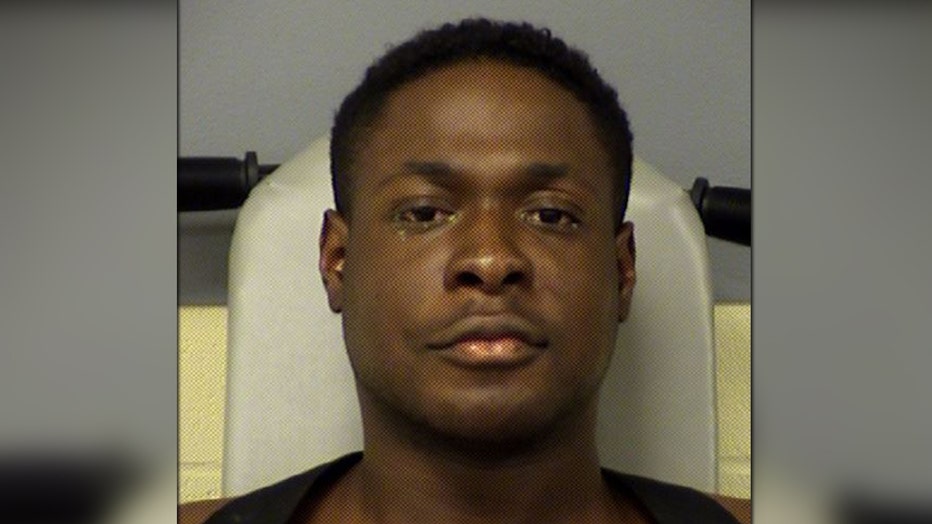 Courtney Williams lives in the neighborhood the crime took place. He said he often saw Egwuagu in passing, describing him as a 'nice guy.' “It’s really sad to hear,” he said.