Police report a man in his 20’s initially called 911 requesting EMS for help but, before help could arrive, his tone changed.

"Prior to the arrival the subject, stated over 911 that he would be waiting outside with a firearm," said Officer Marcus Davis. "This is a known subject to the officers and they are aware that he does have weapons inside the household so the police department was dispatched as well, along with EMS."

Medics and police on scene initiated a SWAT call-out before making contact. Soon Air one and K-9 teams were in the neighborhood. 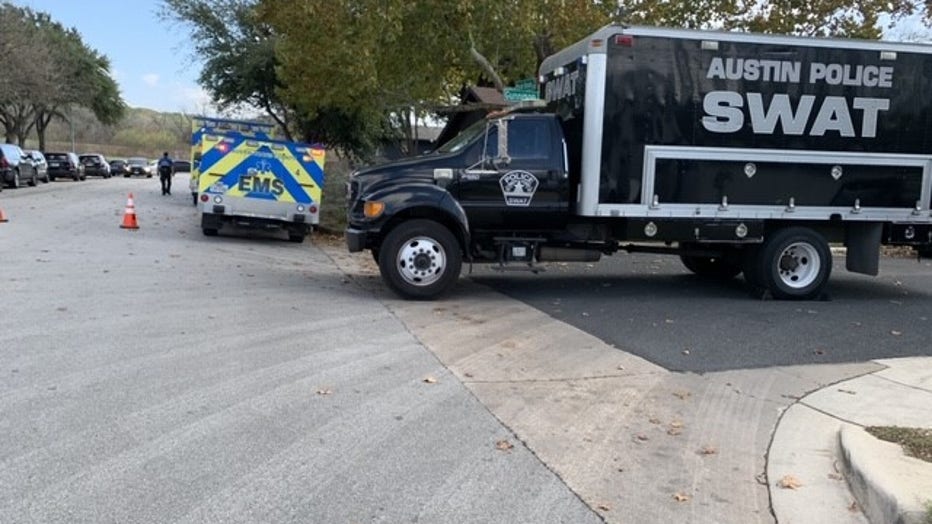 Julian Garcia said he prayed the man and the family member inside the home would make it out alive. "It's scary for the family," Garcia said. "We just have to make sure that we're checking up on people's mental health a little better, take it a little more seriously. Nobody knows what's going through their heads until they start acting on it and by then it's already too late."

RELATED: APD, SWAT respond to man with gun outside of his home

Officer Davis said the man came out of his home briefly with a gun and then retreated back inside. "We want to make sure that person who is in crisis is taken care of as best as possible and gets the correct resources that they need to get them back on track," Davis said.

The department responds to thousands of crisis intervention team calls a year. According to a city audit report, APD responded to 12,004 calls in 2017. After recommendations to increase officer mental health response training Police Chief Brian Manley announced in August all officers would receive an additional 40-hours of specialized training.

Training that inevitably helped save a man’s life. After more than an hour of negotiation, police were able to safely take the man into custody.

"They established a good communication with them, they had a good rapport with the subject and ultimately the subject listened to negotiators and came out peacefully and that's exactly how we want it to end," said Davis.

Davis said the next is step is to have the man mentally evaluated and provide him with any necessary resources.

Officers will then see if they can give his weapon to a family member for safekeeping or release it back to the man later if they determine he is safe to carry it.