AUSTIN, Texas - The Austin Police Department is asking for the public's help in identifying three suspects involved in an aggravated robbery near downtown that resulted in a clerk being shot.

APD says the robbery happened around 11 p.m. on Oct. 7 at the Shell gas station off I-35 near Lady Bird Lake. Three suspects entered the station and held the clerk at gunpoint. During the robbery, the clerk was shot. 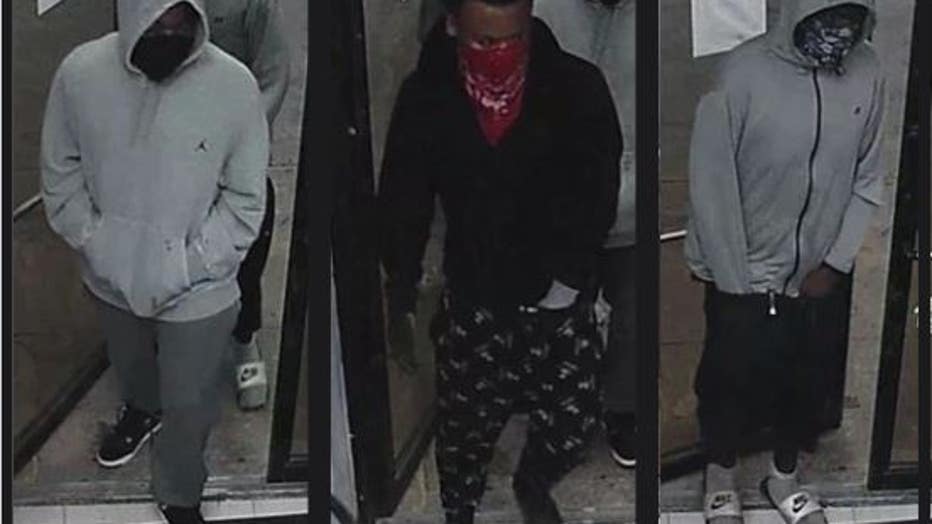 The three suspects are described as follows:

Suspect #2: Last seen wearing a red bandana over his face, black hoodie, black pants with white writing all over them, and black socks with black slides

APD has also shared surveillance video of the robbery:

Anyone with information about this incident is asked to call the APD Robbery tip line at 512-974-5092, Crime Stoppers at 512-472-TIPS or use the new Crime Stoppers App. You can also submit tips by downloading APD’s mobile app, Austin PD, for free on iPhone and Android.