AUSTIN, Texas - The Austin Police Department says that two of the three suspects that were involved in an aggravated robbery on October 7 have been identified but detectives are still looking for the third.

Shell is now offering a $5,000 reward for information leading to the arrest of the who police is calling Suspect #1. He is described as a Black male last seen wearing a black face mask, light gray Nike Jordan hoodie, gray pants, black Jordan shoes with white trim. 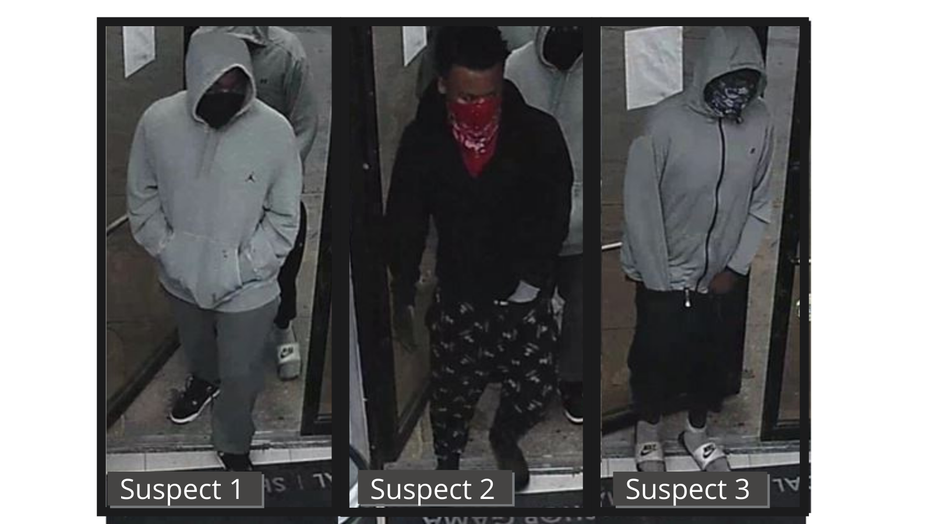 All information is anonymous and may be eligible for the $1,000 reward. You can also submit tips anonymously through APD’s mobile app, Austin PD, which can be downloaded for free on iPhone and Android.

Police say Suspects #2 and #3 have been identified.

The three are suspects in an aggravated robbery that happened at around 11 p.m. on Wednesday, October 7 at the Shell Station on 31 North I-35 Frontage. Police say they held the station clerk at gunpoint and during the incident the clerk was shot.