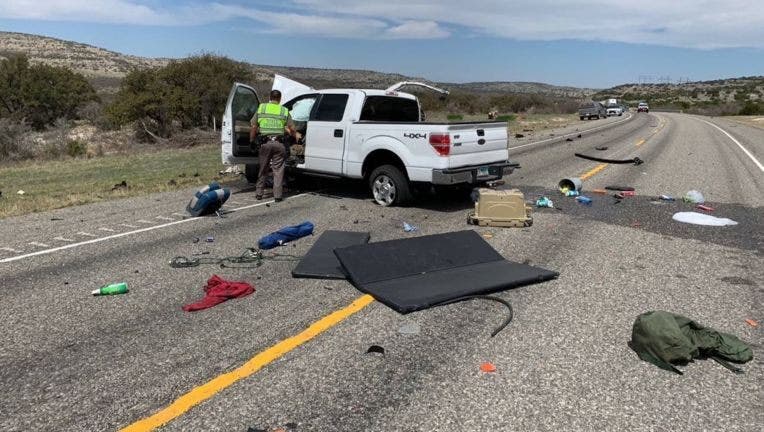 AUSTIN, Texas - Eight people in a pickup truck loaded with immigrants were killed when the vehicle crashed into another truck during a police chase that began when the driver refused to pull over for a traffic violation near the Texas border city of Del Rio, authorities said.

The collision happened weeks after one of the deadliest highway crashes involving migrants entering the U.S. without permission and amid rising crossings along the U.S.-Mexico border. The Texas Department of Public Safety says troopers were chasing a red Dodge pickup truck on U.S. Highway 277 on Monday afternoon when the truck collided head-on with a white Ford F-150 nearly 30 miles north of Del Rio.

In a statement Tuesday, the agency did not specify what type of traffic violation occurred that prompted patrol troopers to pursue the Dodge pickup.

The people killed were all Mexican nationals between the ages of 18 and 20, according to Val Verde County Sheriff Joe Frank Martinez. He said seven were men and one was a woman. 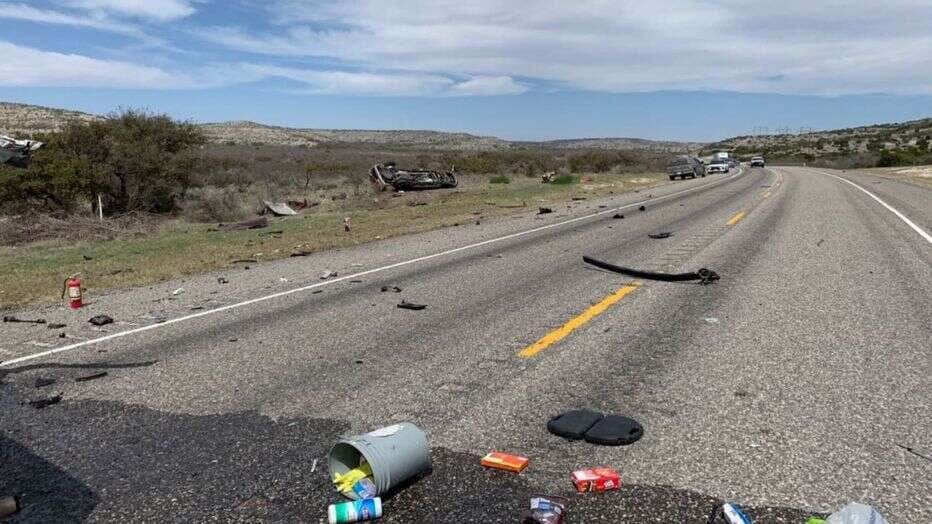 Martinez referred other questions to DPS.

The driver of the Dodge pickup truck, Sebastian Tovar, 24, ran away following the crash, but was later arrested, according to the state agency. A DPS spokesperson said Tovar was booked into federal custody and additional state charges were pending.

Earlier this month, 13 people were killed in a crash shortly after a Ford Expedition entered California through a section of border fence with Mexico that was cut away, apparently by smugglers, according to immigration officials. The Expedition crammed with 25 people struck a tractor-trailer.

In a statement Tuesday, Homeland Security Secretary Alejandro Mayorkas conceded that a recent increase in children traveling alone across the Mexican border was a challenge. He noted that the number of Border Patrol encounters at the border has been steadily increasing since last April. But, he added, "This is not new," citing previous surges in border crossings in 2019 and 2014.