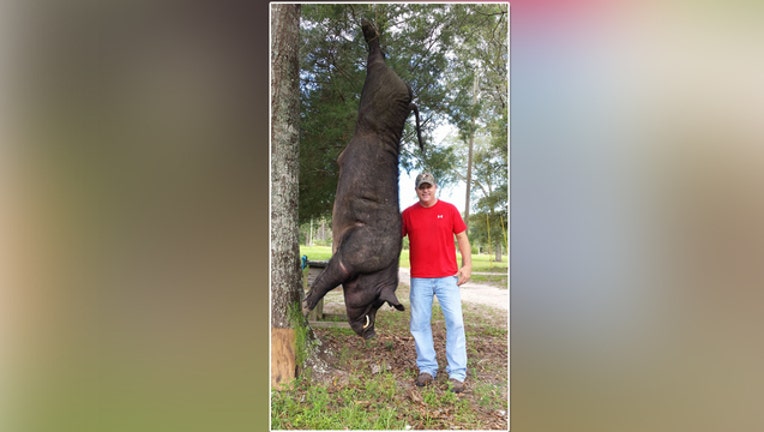 SAMSON, Ala. (AP) - An 820-pound (372-kilogram) hog that an Alabama man shot and killed in his front yard may have escaped from a pen on a nearby farm, according to the man's hog-raising neighbor.

Trisha Garcia of Samson told al.com one of her husband's boar hogs dug under the fence and went missing July 10, the day before a huge hog with tusk-like teeth wandered into Wade Seago's front yard about half a mile (0.8 kilometers) away.

Seago said it took three shots from his .38-caliber handgun to kill the massive hog, which he later weighed on a scale at a peanut company. Feral hogs cause millions of dollars in damage each year in Alabama, where state law allows hunters to kill them without limit on private land.

The hog Seago shot had no ear tags, branding or other signs that it was a domestic animal, he said.

Garcia said she can't prove the huge hog that wandered onto Seago's property was hers. She said she's not angry with her neighbor.

"He had every right to kill it," Garcia said. "If a hog that size was in my front yard, I'd have done the same thing."