Abbott says Texas is ‘prepared and ready’ for Hurricane Laura

Responding to a hurricane is not easy, and doing it during a pandemic is daunting.

AUSTIN, Texas - Sandbags started going up Tuesday along the Southeast Texas coastline, especially in Galveston and Port Arthur, where the first mandatory evacuation orders were issued.

While some residents waited, others didn't have to be asked twice.

"We have to do what we have to do, we have to leave we have to obey the authorities in order to save ourselves and others too,” a coastal resident said

With many coastal residents heading north, Gov. Greg Abbott was briefed in Austin Tuesday afternoon about resources heading into the storm's path.

The big threat from the storm, according to the Governor, will be high winds. Damage could happen all the way to Texarkana. The deployment of rescue units includes a special chainsaw strike team assembled to address down power lines. 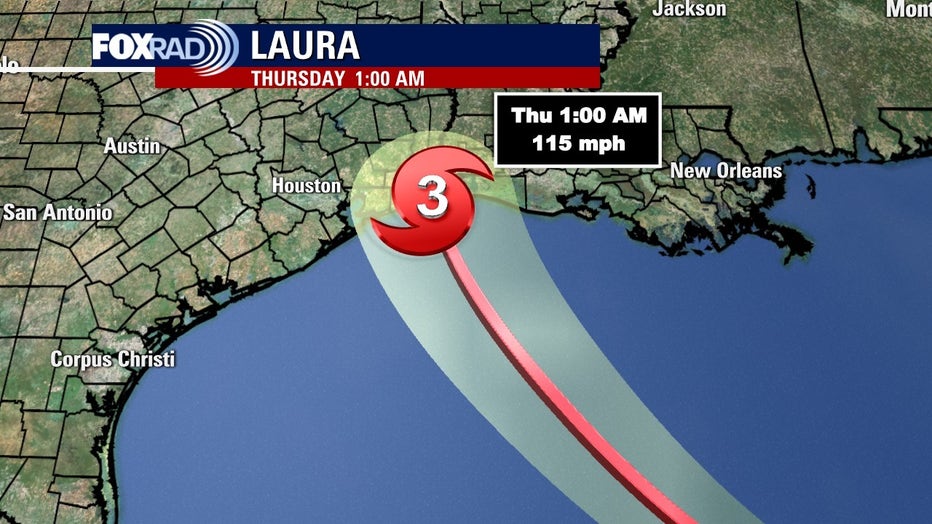 The governor added 59 counties to his State Disaster Declaration Tuesday, including Travis County.

The Governor’s Office says additional state resources have been rostered to help respond to Hurricane Laura. TDEM has activated the following resources and personnel:

The state says the Texas Health and Human Services Commission and the Public Utility Commission are also assisting in response efforts.

Gas shortages happened when Hurricane Harvey approached Texas three years ago. On Tuesday the governor said steps have already been made to address the kind of panic buying that disrupted the supply chain.

RELATED: Laura expected to hit as major hurricane, Texas is 'prepared and ready'

Hurricane Laura was also compared to the double hit by Hurricanes Ike and Rita a little more than a decade ago. Storm surge back then overran and crushed the Bolivar Peninsula and swamped the Strand in old town Galveston. The water that’s expected to be pushed inland by Laura may not get that high, but authorities made it clear they are not underestimating what could happen.

"Our goal is a safe, predictable, and well run evacuation,” said Chief Nim Kidd with the Texas Division of Emergency Management.

Several COVID-19 protocols are in place, according to Kidd, including testing, and not just for first responders. Tests will be made available to those who are evacuated after the storm passes.