AUSTIN, Texas - AGE of Central Texas broke ground this week on a new community center in South Austin, slated to be completed summer 2023.

The new center on Alice Mae Lane will provide programming and support for older adults and family caregivers, including a state-of-the-art, non-residential adult day health center for older adults living with memory loss or dementia.

The Thrive Center has been designed to provide specialized and personalized care for older adults living with memory loss or cognitive impairment such as Alzheimer’s disease or other forms of dementia, and will be licensed to serve up to 75 individuals daily. 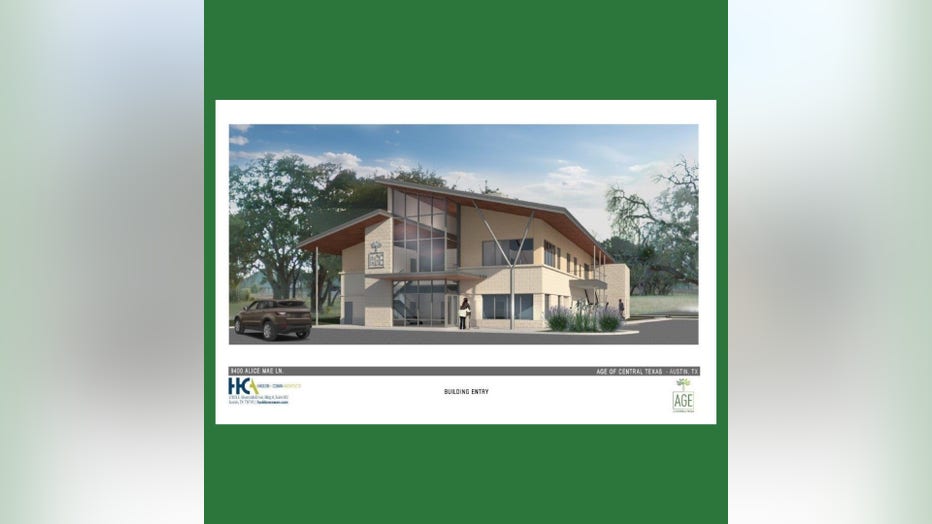 AGE launched its "Thrive: A Campaign to Add Life to Every Year" campaign in 2017 to fund a multi-stage expansion plan designed to grow AGE’s programs to better serve the Central Texas aging community. According to the nonprofit, Central Texas is home to the second-fastest growing 65+ population and the fastest 55-64 year old population in the country.

The first stage in the campaign is to expand into South Austin and as a whole, AGE seeks to use it to spark conversation to change the way Central Texans think and talk about aging and shine a light on the growing need within the local aging population.

The public can also participate in a giving campaign to complete the funding for the new South Center.  For more information on making a donation, click here, or contact AGE’s Chief Development Officer Jayden Beatty at JBeatty@AGEofCentralTX.org.