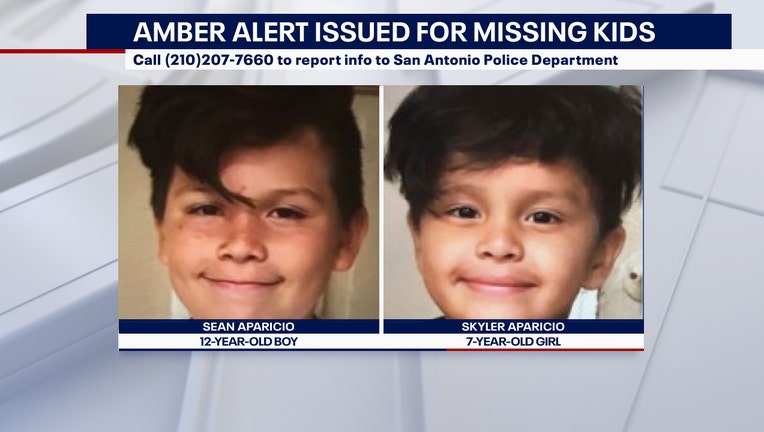 SAN ANTONIO - An AMBER Alert has been issued by the Texas Department of Public Safety for two young Hispanic children from Central Texas.

12-year-old Sean Aparicio and 7-year-old Skyler Aparicio were last seen in the 3000 Block of El Paso Street in San Antonio at 4:00 PM on Saturday, Dec 19, according to TxDPS.

Sean is a 12-year-old boy who is roughly 4'5" and weighs around 100 lbs. Skyler is a 7-year-old girl. She is around 3'5" and weighs about 50 lbs. Both children have brown eyes and black hair, according to the San Antonio Police Department.

The children may be with 45-year-old David Aparicio Jr. Police did not specify what relationship, if any, the suspect has with the children.