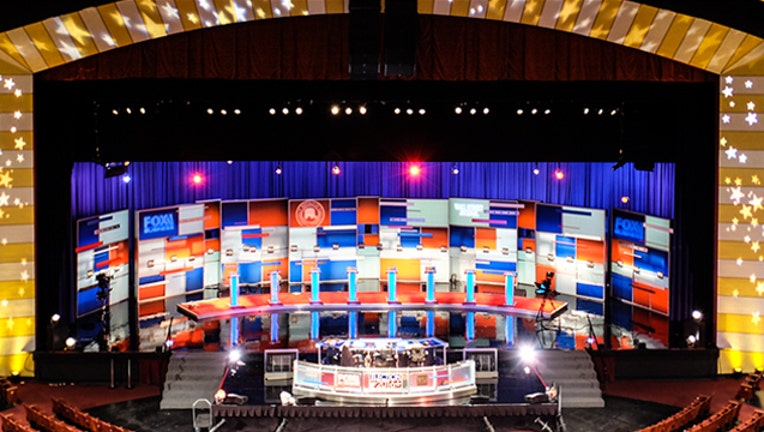 Aided by tentative questioning, the GOP's top presidential candidates executed their strategies with little resistance in Tuesday night's prime-time debate. Yet with no breakout moments — good or bad — the muddled status quo continues in the Republican Party's unruly 2016 contest, with time running out to change voters' minds heading into the holiday season.

That's good news for leading outsiders Trump and Carson, who have surprised the political world with remarkable staying power atop national polls. It's also good news for a surging Rubio, who entered the night with a target on his back and avoided any stumbles.

The status quo is not as good for Bush, the onetime establishment favorite now clinging to his political life.

The former Florida governor lived to fight another day after Tuesday's performance. But he was overshadowed at times by another pragmatic-minded executive, Ohio Gov. John Kasich, who stepped on Bush's opportunities and gave nervous supporters another reason to question Bush's New Hampshire-focused comeback attempt.

Bush's best moments came early in the night as he showed a feistier side with moderators, who ignored him for the first 15 minutes.

"You've already made two comments, John," Bush said to Kasich, who is challenging Bush in New Hampshire. "It's my turn."

But Bush did not stand out on a night that featured just eight candidates on the main stage, two fewer than the last debate. He answered the fewest questions and had less airtime than anyone except Rand Paul, according to an AP clock.

In his limited time, Bush aggressively criticized Democrats' leadership on the economy.

"My worry is that the real economy has been hurt by the vast overreach of the Obama administration," Bush declared. "And Hillary Clinton, she wants to double down on that."

If Bush did well Tuesday night, however, Rubio did better.

Bush and the rest of the field completely ignored questions raised this week about Rubio's use of a Florida GOP credit card during his time in the state legislature. The Rubio campaign had released two years of spending reports just days earlier.

And none of the candidates — or moderators — engaged Rubio when the discussion shifted to immigration, considered a key vulnerability among conservatives who oppose Rubio's plan to give immigrants in the country illegally a pathway to citizenship.

Instead, Rubio was free to outline his calls for a strong national defense and describe his moving personal story — standard campaign trail talking points delivered uninterrupted before a national television audience.

Immediately after the debate, news surfaced that Rubio had won over a major new donor. New York hedge fund manager Cliff Asness told Rubio's campaign he was spreading the word to other influential donors that he was backing the Florida senator.

As the Rubio-Bush dynamic continued unchanged, so did the standing of Carson and Trump.

Carson, a retired neurosurgeon, entered the night with a plan to defend his record more aggressively. He had faced intense questions about his personal story in recent days, but was given a free pass on the issue Tuesday night.

"People who know me know I'm an honest person," Carson told the debate audience, flashing humor as he thanked moderators for "not asking me what I said in the 10th grade."

But Carson struggled at times to demonstrate a command of policy — stating erroneously, for example, that Chinese troops are in Syria. But such mistakes have mattered little to conservative supporters who blamed the media for his recent challenges. Campaign manager Barry Bennett said during the debate that Carson raised $6 million this month alone — more than several candidates raised over the entire last quarter.

Trump, whose tell-it-like-it-is personality is perhaps his best asset, entered the night having been at or near the top of the polls for several months. He did little to change that, occasionally jabbing his rivals and appealing to hardline conservatives who support his plan to deport millions of immigrants in the country illegally.

He also backed off his criticism of Bush and Rubio almost completely. On the eve of the debate, he called Rubio "a lightweight" on Twitter and attacked his immigration plan. Trump avoided both topics Tuesday night and instead endorsed Rubio's plan to strengthen the nation's military.

The absence of a game-changing moment deepens the sense of uncertainty over the Republican Party's 2016 field. With the next debate set for Dec. 15, the candidates won't have another prime-time opportunity to reach voters for more than a month.

And it will only get harder to capture voters' attention with the holiday season rapidly approaching and television airwaves getting filled with conflicting campaign ads.