The Austin Police Association and CLEAT have both shown support for the deputy’s family by providing housing and warm meals.

Sgt. Alcantar said he heard a bang and turned to see his car flying towards them. The impact sent both deputies into the shoulder of the road. Alcantar’s foot was smashed and Martinez couldn’t feel her legs. A couple tended to the deputies until help arrived.

“We are like brother and sister and it’s taking a toll on me,” said Alcantar. “I’m going to start counseling. It was really hard to see her just laying there helpless and I couldn’t get up to help her.”

According to Pct. 2 Constable Leticia Vazquez, her deputies Leticia Martinez and Alfred Alcatar were working off duty at the time on a lane closure for construction near Rundberg Lane&nbsp;and 183.

The suspect, Charles Duffield, has been arrested and charged with intoxication assault on a peace officer.

Alcantar is recovering from home, waiting for the swelling to go down in his foot before doctors can operate. Martinez remains at Dell Seton Medical Center awaiting her 7th surgery.

Bexar County Constable Leticia Vazquez checks on Martinez regularly. “She lost all the tissue, all her flesh from her bones. They are having to take portions of the muscle from her calf and thigh,” said Constable Vazquez. “She’s a strong woman and hopefully that will help her through but she’s got a long journey ahead of her.”

RELATED: 2 Bexar County constable's deputies struck by vehicle in crash on I-35

Martinez's family is staying in Austin, while she undergoes treatment. Because of COVID-19, only Martinez's husband is allowed inside of the hospital. The Austin Police Association and CLEAT have both shown support for the deputy’s family by providing housing and warm meals.

“This is a situation that not everybody is prepared for. It's unprecedented. You don’t ever expect to have to travel for an on-duty injury,” said Jennifer Szimanski, CLEAT Public Affairs Coordinator. “We just feel it was important to help out with what was needed.“

Brad Wheelis with TxDOT joins Mike Warren on FOX 7 Austin to talk about a new campaign to urge drivers, pedestrians and bicyclists to follow the rules of the road.

Constable Vazquez is grateful. “It’s been such a relief to have so much support up there in Austin when we are over here,” said Vazquez. “It’s only 85 or something miles but it feels miles and miles away because we are so separated.”

There’s no telling how long it will take for both deputies to recover. Alcantar has this message for Texas drivers: “I just ask for people to slow down just to move over and slow down." 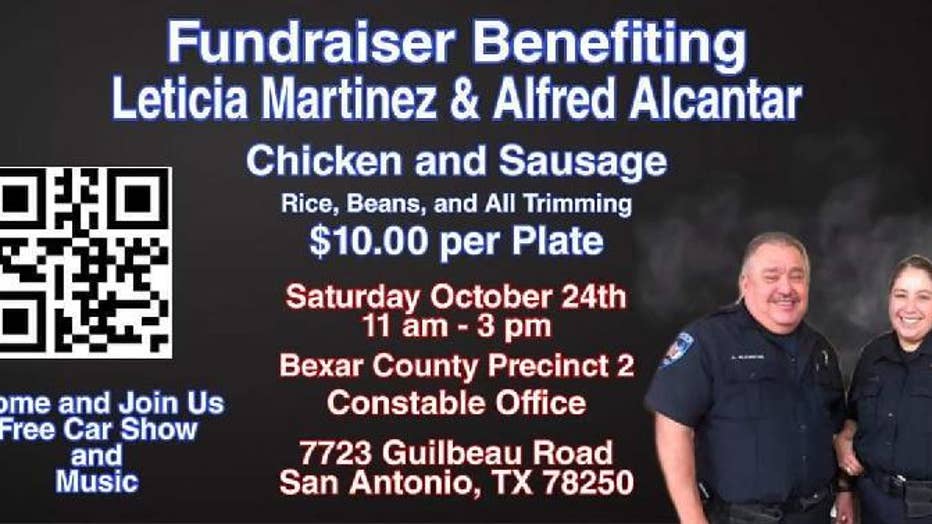 A fundraiser has been set up for the deputies. Those who would like to donate can do so here.