AUSTIN, Texas - The Austin Police Department is looking for a suspect in a machete attack outside a Northeast Austin gas station. 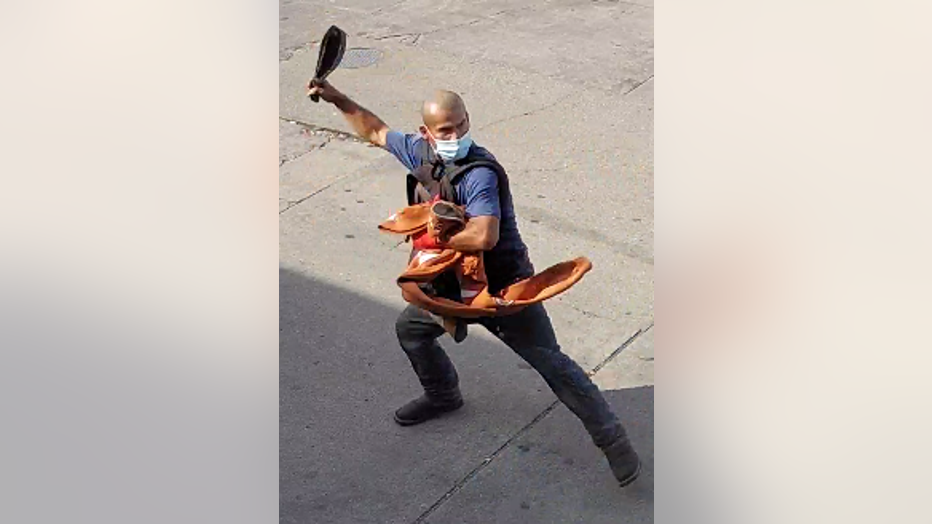 About 30 minutes later, one of the men returned to the gas station with a machete and sliced the other man's face. Despite his injury, APD says the victim followed the suspect and told officers about the man's direction of travel.

The victim was transported by ATCEMS to an area hospital where he underwent emergency surgery. The victim has since been released from the hospital.

RELATED: Residents in Austin neighborhood waking up to slashed tires for months

APD says officers were able to recover several items of evidence including the weapon. The suspect, who is known to frequent the area around Cameron and 183, is described as:

Anyone with information or video of the incident is asked to call Detective Meyers at 512-974-4123, the Crime Stoppers tip line at 512-472-8477 (TIPS), or the Crime Stoppers app. You may remain anonymous. You can also submit tips by downloading APD’s mobile app, Austin PD, free on iPhone and Android. Information leading to the arrest of this individual may be eligible for a reward of up to $1,000.