AUSTIN, Texas - The Austin Police Department is asking for the public's help in identifying a man they say robbed a north central Austin Texaco at gunpoint.

APD says that about 1:15 p.m. Jan. 16, a 9-1-1 call came in reporting an aggravated robbery at the Texaco Austin in the 8600 block of Research Boulevard on the southbound service road. When officers arrived, they spoke with a store employee who said a man entered the store and displayed a handgun while demanding money in Spanish. 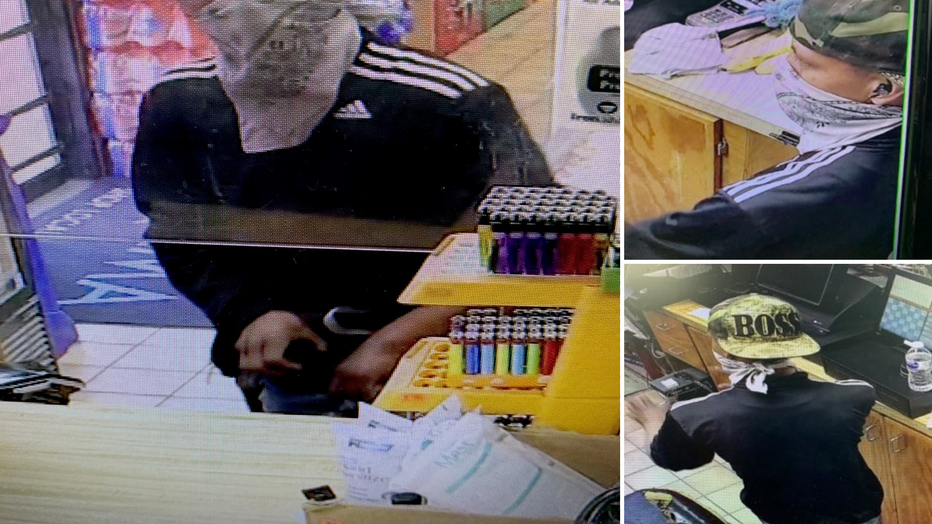 The suspect is described as a Hispanic male who spoke Spanish throughout the incident. (Austin Police Department)

The suspect then fled the scene with an undisclosed amount of cash from the register. APD says he was last seen running westbound on Research Boulevard toward the 183 frontage road. The store employee was physically unharmed.

The suspect is described as a Hispanic male who spoke Spanish throughout the incident. He was described as being short and was last seen wearing rolled-up jeans, a BOSS brand camouflage hat, a black Adidas shirt with long sleeves pulled up to his elbows, and a white bandana over the lower half of his face.

RELATED: Austin police looking for driver of car who hit and killed cyclist