AUSTIN, Texas - The Austin Police Department is on the scene of a bank robbery that occurred in South Austin.

According to APD, two individuals entered the bank and demanded cash from a teller via a note. Police say no weapon was displayed. The suspects then left the bank on foot heading southbound before they headed westbound. No known vehicle is involved at this time.

The first suspect is described as a Hispanic male approximately 5' 9". Police say he was wearing a grey hoodie, dark pants, black shoes, a dark backpack, and a blue surgical mask.

The second suspect is described as a black male in his 20s, 5'9", wearing a yellow shirt, dark-colored pants, gray tennis shoes and also wearing a blue surgical mask. 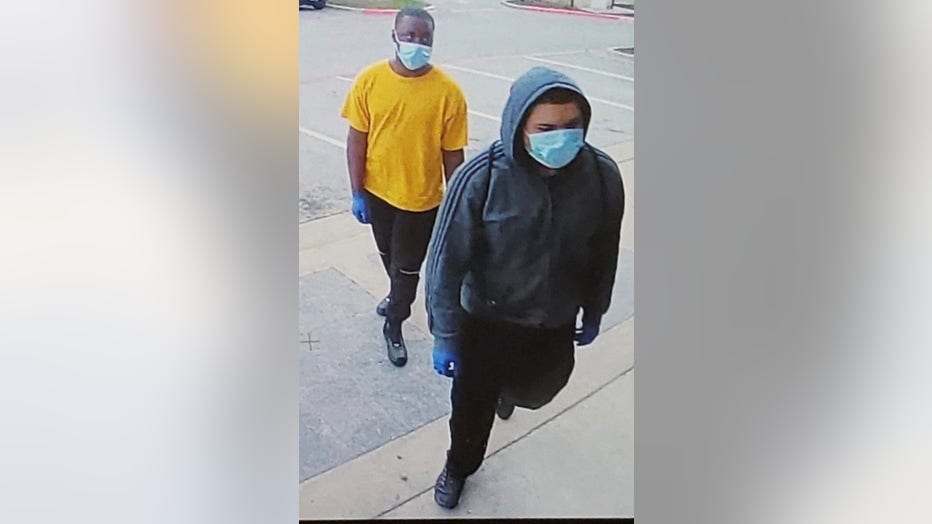 APD says this is currently an active investigation and the FBI task force has joined the officers on scene.