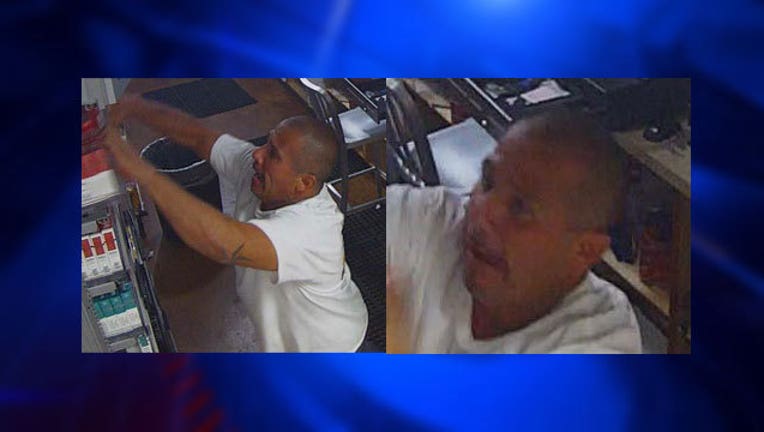 The Austin Police Department is on the search for a man wanted after burglarizing several Austin businesses for one item, cigarettes.

APD says the suspect forced entry into the businesses by breaking front doors and windows. He would, then, immediately target the cigarette display inside the store.

The suspect is described as a Hispanic male in his mid-30 to 40’s. He is believed to have a close-shaved haircut or possibly bald. Austin Police were able to identify a 3D star tattoo on his left elbow. He was seen driving a mid-sized sedan, possibly a Saturn.

APD reports there are seven cases in which they believe the described man is the suspect. If you have any information, please call the case detective, Gorham, at 512-974-5451.