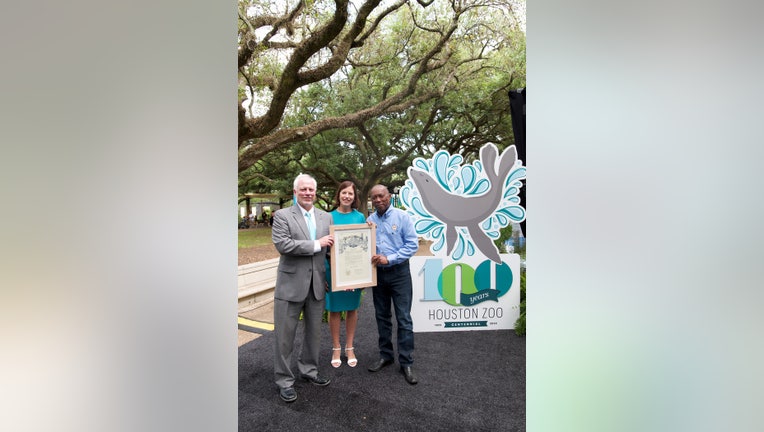 HOUSTON - The Houston Zoo had two reasons to celebrate Saturday!

A special birthday celebration was held for the Houston Zoo, which celebrated its 100th year with community members and special guests. Among the notable attendees was Houston Mayor Sylvester Turner, who made his own special announcement declaring April 30th "Houston Zoo Day."

"Over the last 100 years, as we’ve faced shocks and stresses, the Houston Zoo is still here going strong, not pulling back but continuing to be transformational for the people in our city…the Houston Zoo exemplifies the resilience of our city," Mayor Turner said. "When you look at all of these 6,000 [animal] residents and all of these kids and families that come here we’re not San Diego, we’re not the Bronx we’re not Miami we are in Houston, Texas this is the Houston Zoo this is our centennial and I look forward to what happens in the next 100 years to come." 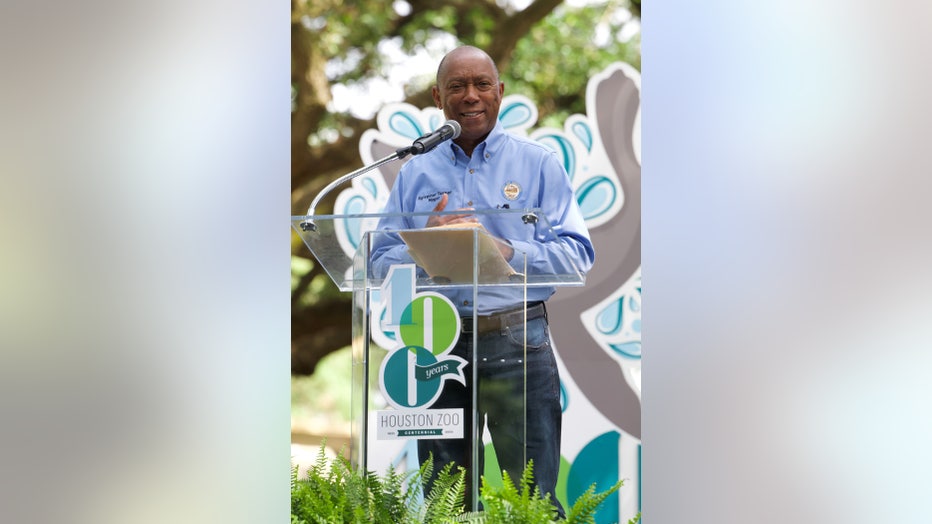 During the event, guests were able to learn more about the Houston Zoo's 100-year history, as explained by president and CEO Lee Ehmke.

"At one point Hermann Park and the Zoo were one in the same, there was no fence around the Zoo, but there was a fence around Earl but look at it now, we’re a world-class, zoo-based wildlife conservation organization right here in the heart, and in the hearts, of Houston," Ehmke said. 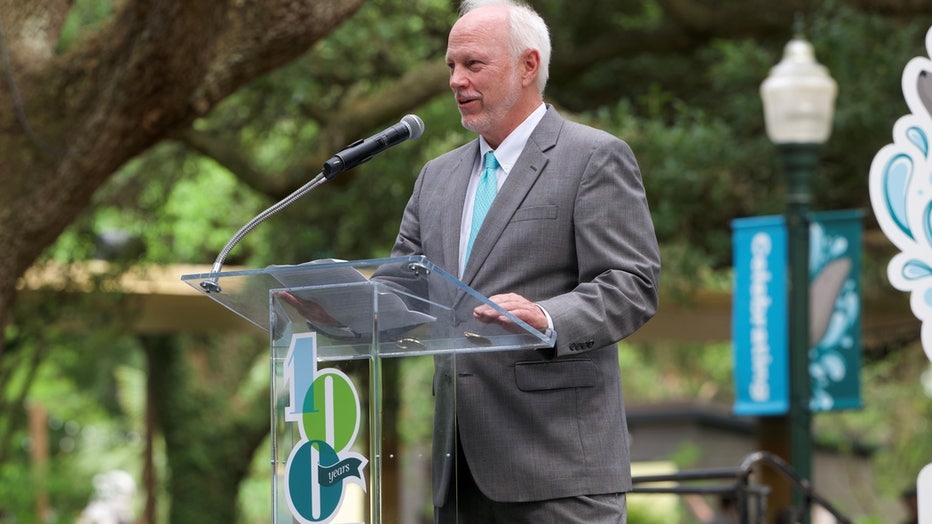 He also noted how despite trials and tribulations, the Houston Zoo managed to withstand it all while maintaining its mission to save wildlife.

"Over the past 100 years, our Zoo has seen two world wars, a depression, multiple hurricanes, and a pandemic, yet we persevered and have thrived," Ehmke added. "Today, we’re connecting communities with animals to inspire action to save wildlife. We’ve transformed the Zoo to take visitors around the world from the far reaches of South America in our Pantanal exhibit to our very own Texas Wetlands, but we’re far from done."