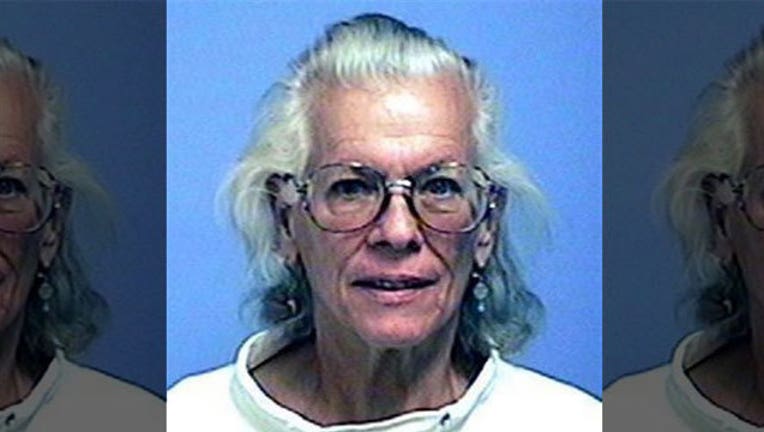 Verna Clayton has been missing since June 2008. Authorities say the circumstances of her disappearance echoes that of another woman in Arizona and a woman in Nevada. (AP)

With her Arizona home sold and most of her belongings packed up, Nancy Rae Hartz was ready to spend her golden years on the road. Having been divorced and then widowed, she had recently found love again through a dating website, and the happy couple was going to travel in an RV.

When she left Kingman the morning of June 2, 2015, Hartz had a moment alone with her daughter.

Baggs spoke to her 72-year-old mother once on the phone three days later and hasn't heard from her since. Now authorities are trying to figure out if Hartz was the victim of a serial predator.

Her disappearance echoes that of two other women, one in Arizona and one in Nevada. The three women lived within a roughly 100-mile radius of one another and were around the same age.

Authorities investigating Hartz's disappearance learned the man she left with in the RV was using a stolen identity. When they finally located him in April, he was living in Yucca, about 20 miles south of Kingman, with another woman.

In his possession were several aliases and firearms. Mohave County Sheriff's Chief Deputy Rodney Head said fingerprints confirmed the man was Carnochan, a Canadian citizen who fled to the U.S. illegally more than 20 years ago.

Today, Carnochan sits in a Kingman jail on unrelated charges of identity theft, forgery and weapons violations. He told investigators that Hartz was alive when he dropped her off at a Kingman business in March. Head declined to identify the woman Carnochan was found living with but said she was unharmed.

A search of his home turned up evidence that makes him a person of interest in the disappearances of all three women — Hartz, Clayton and Lindley, Head said.

"Until we can come up with some more evidence, we're just going to keep doing everything we possibly can to find these women and find out any information we can about that and Mr. Carnochan," Head said.

Ting-Wei Chiang, Carnochan's public defender in the pending cases, declined to comment on his person-of-interest status.

"I will not make any comment about missing women," Chiang said. "So far, he has three open cases in Mohave County."

Relatives of both Clayton and Lindley have declined requests to comment on the cases.

Baggs said her mother, whose second husband died in 2001, decided to start dating again a few years ago. In June 2014, Hartz introduced her daughters to Carnochan.

Baggs said she immediately disliked him.

By March 2015, Hartz had put her home on the market and was closing her bank account. She was making plans to leave with Carnochan, who "wanted to live out in the middle of nowhere," Baggs said.

"All of us kids kept trying to tell Mom, 'Don't go,'" Baggs said. But her mother's response was that "she was in love with him, and she was going to go."

Baggs reported her mother missing in July 2015. She said friends and family were alarmed when they received emails that did not sound like Hartz. They also received phone calls but the voice sounded nothing like Hartz, Baggs said.

Deputies probed further after a woman claiming to be Hartz failed to show up to a scheduled meeting with investigators.

Detective Scot Durst said in an email that calls to Hartz' phone were never answered.

Detectives continue to investigate the women's disappearance and have served search warrants and subpoenas on financial institutions and social networks.

"I want him to tell me where he left my mother, and I know she's not alive," Baggs said.