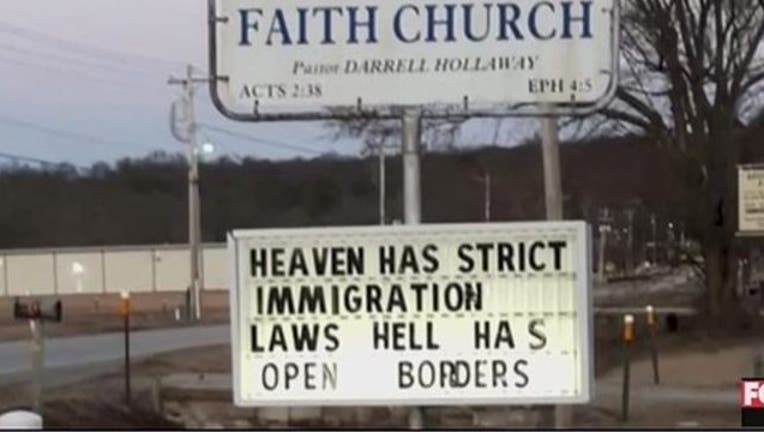 FOX NEWS - A Springdale, Arkansas church incurred backlash after putting up a sign they insist was meant to be biblical, and not in any way political.

Springdale Apostolic Faith Church, which is in an area with a large Hispanic population, was criticized by some members who felt insulted by the sign.

"A lot of undocumented and just in general immigrant people live in that area where the church is located and having to pass by that message every day, I don't think it's something they should have to go through," Irvin Camacho told FOX 24. "This is a welcoming community."