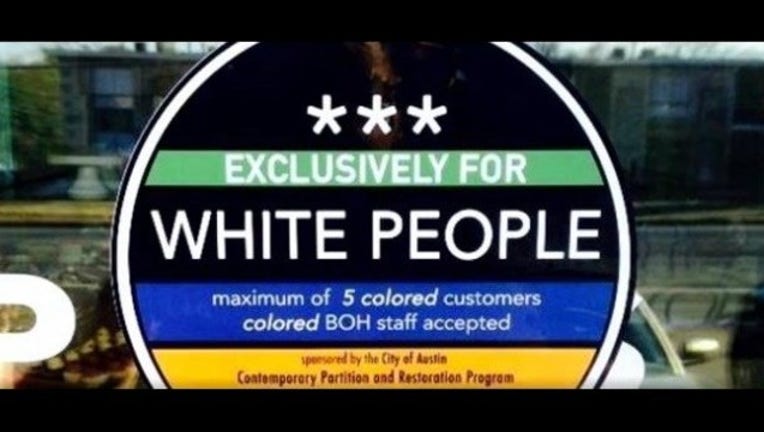 AUSTIN, Texas - Austin attorney Adam Reposa is on video claiming responsibility for the "Exclusively for Whites" stickers that appeared on five businesses earlier this week.

Friday afternoon FOX 7 located YouTube video of Reposa titled "Why I did it."

Reposa can be seen in front of one of the businesses claiming responsibility. He said his purpose was to highlight neighborhood gentrification issues.

FOX 7 called Reposa, but he denied it.

We are told his attorney will get back to us.

In the meantime, police are investigating.

You can watch the video, here.