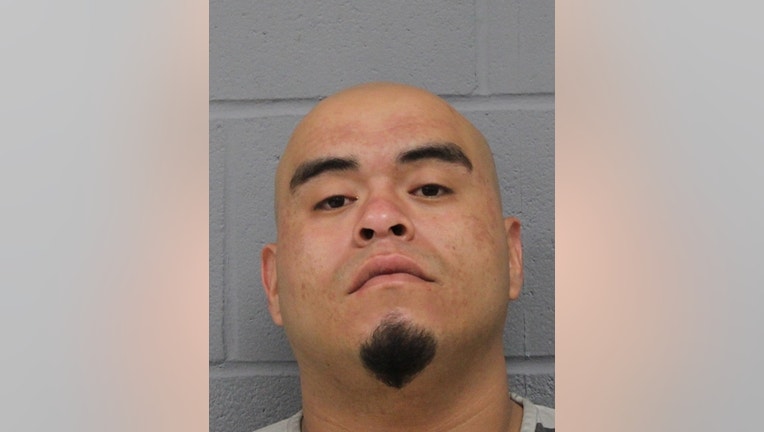 AUSTIN, Texas - A man has been arrested for allegedly beating and killing his roommate in North Austin.

24-year-old Cristo Jesus Rodriguez has been charged with first-degree murder in the death of 65-year-old Kenneth George Emery.

APD says officers responded to a disturbance at a home in the 8500 block of Bradford Drive just after 11 p.m. August 1 where the caller reported Rodriguez had hit his roommate and left in a white Chevy Suburban. Upon arrival, officers found Emery lying on the ground badly beaten and unresponsive, with significant injuries to his head, arms and hands. Emery died at the scene.

An investigation revealed the incident started as a fight between two roommates which escalated into Rodriguez allegedly severely beating Emery.

Austin police search for homicide suspect after dispute between roommates

Police say the incident happened at around 11 p.m. on August 1 at a home at the intersection of Fairfield and Bradford.

Rodriguez was arrested for first-degree murder August 2 in a parking lot in the 10500 block of N Mopac Expy.

Emery's death is being investigated as Austin's 44th homicide of 2022.