AUSTIN, Texas - A man has been arrested and charged with first-degree murder in connection with the death of a man in South Austin.

30-year-old Thomas Alejandro Gonzalez was arrested on a first-degree murder warrant a little over a mile from where the body of 39-year-old Lawrence Grayson was found.

Grayson's body was found in a wooded area with trauma to his body on April 16 after Austin police officers responded to a report of a deceased person in the 1800 block of E. Stassney Lane. An autopsy was conducted the next day and his death was ruled a homicide.

Gonzalez was arrested by the Lone Star Fugitive Task Force in the 6000 block of Wing Feather Drive on April 20. No bond was listed, according to Austin police.

Detectives are asking anyone with information or video of the incident to call APD Homicide at 512-974-TIPS; the Crime Stoppers anonymous tip line at 512-472-8477 (TIPS), use the new Crime Stoppers app or email APD Homicide. You may remain anonymous. You can also submit tips by downloading APD’s mobile app, Austin PD, free on iPhone and Android.

This is being investigated as Austin's 19th homicide of 2022. 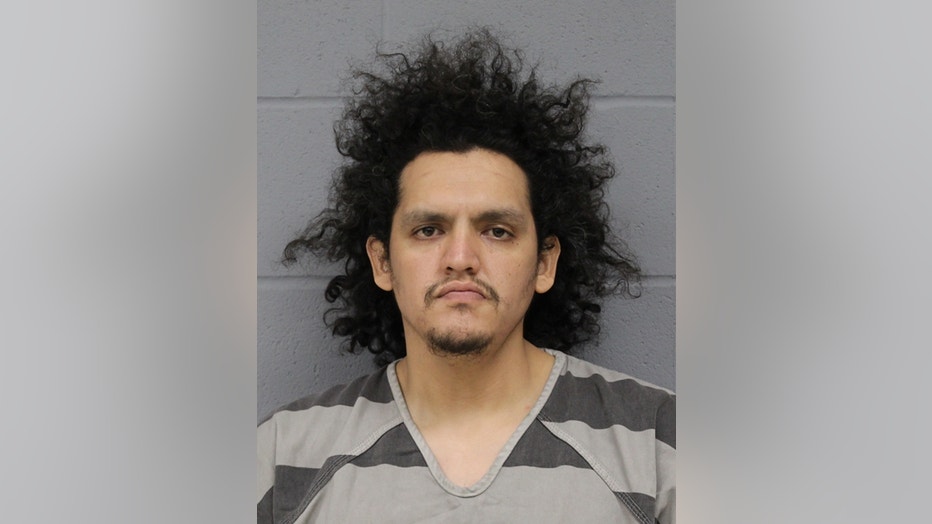 Thomas Alejandro Gonzalez was arrested April 20 a little over a mile from where the body of Lawrence Grayson was found on April 16. (APD) (Austin Police Department)