AUSTIN, Texas - A Central Texas veteran is fighting the biggest battle of his life.

Terry Clevenger is no stranger to combat, and his most valuable weapon in this fight is his military training and experience.

Clevenger has gone from combat in Vietnam and jumping out of airplanes to now being stuck on a mobile scooter because he has trouble walking. But he's not beaten yet.

"To me, I'm still a warrior, it's here and here not in a crippled body. The training as a green beret you never quit and with the daily downward progression I've never quit I still won't quit," Clevenger said.

The Army special forces veteran is fighting IBM, inclusion body myositis, a rare disorder that weakens the body's muscles. His doctor says many patients end up bedridden, and worse.

"With the progression it will impact muscles to swallow, so it could be severe enough to need a feeding tube," said Dr. Yessar Hussain, M. D., with Austin Neuromuscular Center.

But this green beret is a stubborn, determined patient.

"Terry has a strong will, coping well battling for a while, he's a star and trying not to let the disease limit him," said Dr. Hussain. 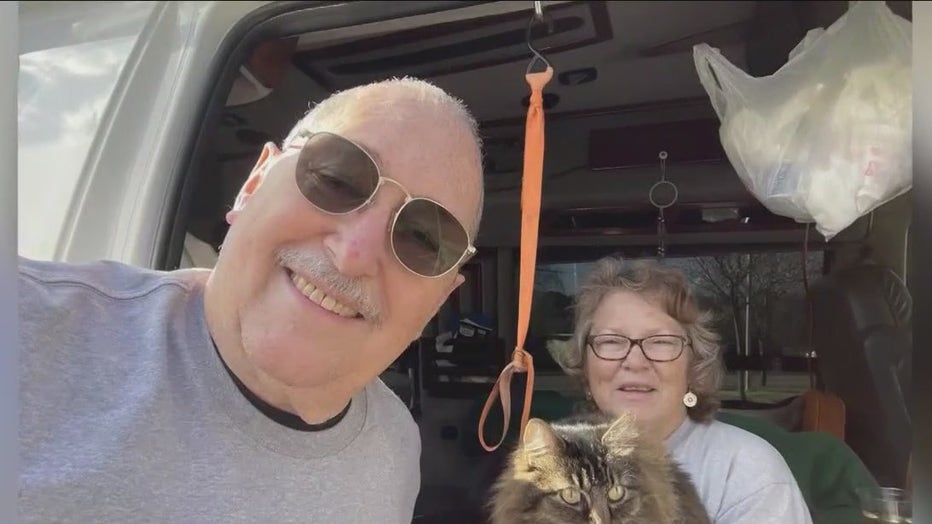 Dr. Hussain says it's been proven that a patient's attitude will improve their diagnosis, and he likes terry.

"He's fit at the start. Before the disease the other thing is his military background gives him this strong will and that's helped him to cope with the disease and to battle the disease," Dr. Hussain added.

If Terry's green beret training is his weapon in this battle, his wife Sharon is his motivation to fight.

"My mission is to keep living every day to it's fullest and make the best of it and enjoy the time I have with my wife," said Clevenger.

And he also has his faith.

Typically, Terry says it's about 10 years from diagnosis to being bedridden. Terry's on 12 years and the fight goes on.

There is no cure for IBM, and Dr. Hussain says because the disorder is not in the public eye, there needs to be more research, not just to find a cure, but also to help with therapies.