LiveNOW from FOX's Rain Augustine chats with FOX Weather's Brandy Campbell about the Ax-1 mission. Four civilian astronauts will stay in space for at least 10 days, with at least eight days on the space station, where López-Alegría, Connor, Pathy, and Stibbe will perform experiments, participate in educational and public relations outreach activities, and enjoy their time in orbit.

Axiom 1, the first privately funded mission to the International Space Station, docked at the ISS Saturday morning after a 20-plus hour ride with three wealthy businessmen aboard.

According to the ISS, the SpaceX Crew Dragon Endeavor landed at 8:29 a.m. after a short delay.

"Words don’t describe it," said Ohio real estate entrepreneur and pilot Larry Connor, one of the three businessmen aboard. "Phenomenal ride. I mean, no pun intended, but out of this world." 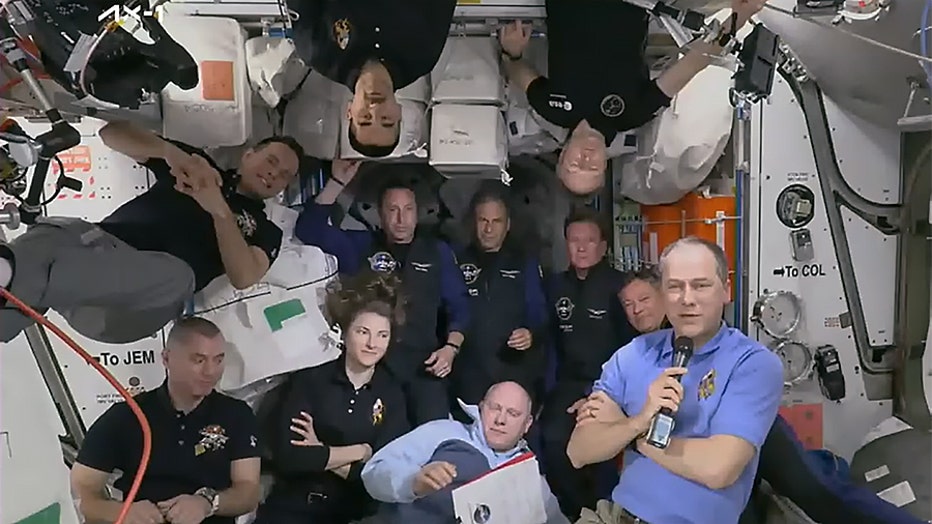 The businessmen are paying $55 million apiece for the rocket ride and accommodations, all meals included, according to The Associated Press.

López-Alegría, a former commander of the ISS, said the moment the crew reached orbit and got out of their space suits, he could hear the first-time space goers all say the same thing as they looked out the window: expletives.

"And I just smiled a little bit, and when I got my turn to look at it, same expletive," he said.

Stibbe, the Israeli crew member, made remarks in Hebrew.

"It’s been an amazing journey," said Pathy, the Canadian crew member. "Not just talking about the last 24 hours, but I’m talking about everything that got us here."

The four crew members will have 10 days to conduct research and what Axiom calls "STEM outreach" at the orbiting outpost.