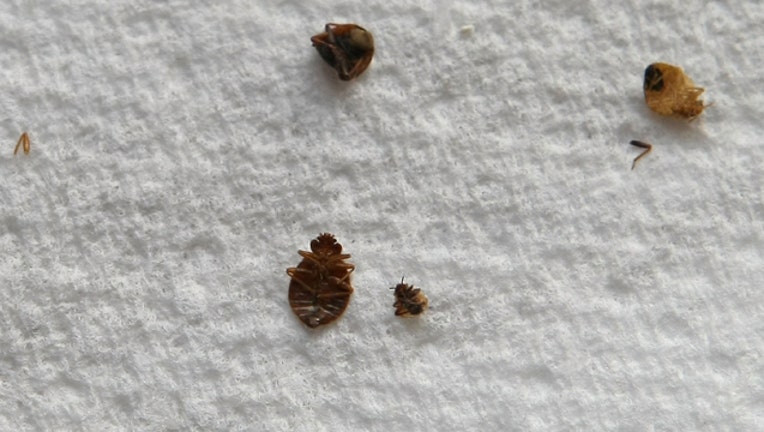 Dead bed bugs lay on a paper towel April 30, 2009. Cases of bed bug infestations are on the rise across the U.S. with many people bringing them into their homes after visiting hotels and airports (Justin Sullivan/Getty Images)

(FOX NEWS) - A Texas mom says she had a skin-crawling experience at a San Antonio-area hotel over the weekend, claiming that she was greeted by dozens of bedbugs covering the bed, headboard and beyond after entered her room late Friday night.

Kali Powell, who was traveling with her two young children, called the incident 'traumatizing.' “It was the most nasty thing. They were big, they were little. There was blood on the sheets. That was from when we were flipping the sheets, and bugs were crushed by the sheets," Powell told WOAI on Monday, sharing cellphone footage of the tiny insects inside her room at Drury Inn and Suites in Stone Oak.

Powell said her two children had already fallen asleep before she noticed the blood-sucking insects. "Poor kids were laying in the beds with these things crawling all over eating away at them. I have never dealt with this everrrrr in my life," Powell warned in a Facebook post early Saturday.

Panicked, the mom contacted the hotel's assistant manager and was transferred to another room that she assured was bug-free. However, Powell couldn't help but wonder if she carried any critters over with her. In a post online, she advised others staying at the hotel to monitor the room for any potential signs of a "nasty infestation."